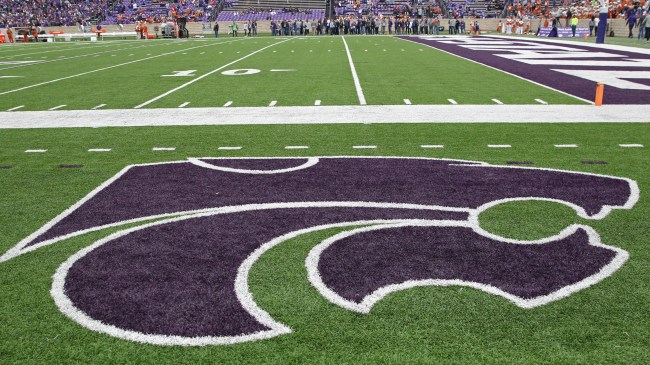 The entire Kansas State football team has announced they will not play or practice football until a student is punished for mocking the late George Floyd, who died at the hands of a Minneapolis police officer.

On Thursday, K-State student Jaden McNeil made this tweet making fun of Floyd’s history with drug abuse that came to light following his death.

Congratulations to George Floyd on being drug free for an entire month!

Several Kansas State football players immediately fired back at Jaden and asked the school to step in and punish him over the tweet.

i refuse to play for a program that tolerates ignorance such as this .. @KState https://t.co/KfFN14t6sR

And he go to kstate ?? Naw sum gotta change now fr. @KState y’all need to do something https://t.co/FZStP7Uf3B

K-State wide receiver Joshua Youngblood revealed that the team has bandded together and will boycott the school until McNeil is dismissed for his “openly racist” tweet.

“To our family at Kansas State: Due to the recent disparaging, insensitive, and unsettling comments made by a fellow student, we as a football team, after consultation with students from campus organizations, as well as students from the general student body, feel it is best for us to stand with the students,” the statement read. “We are demanding that Kansas State University put a policy in place that allows a student to be dismissed for displaying openly racist, threatening or disrespectful action toward a student or groups of students.

On Friday, the University released a statement saying they condemned the McNeil’s George Floyd tweet and are currently looking into the matter internally.

We are launching an immediate review of the university’s options. Black Lives Matter at Kansas State University and we will continue to fight for social justice.

Despite the controversy surrounding him, McNeil has been unapologetic about his tweet.

Yeah if I was in his shoes I wouldn't be high on meth, committing crimes, and resisting arrest. https://t.co/qOKHUL96Fb

"Coward" I'm one of the few people in this country willing to stand against the mob. The real cowards are people like you who bend over backwards to defend this shit in fear of being called racist or whatever. You're pathetic. https://t.co/xRBC02BjFC