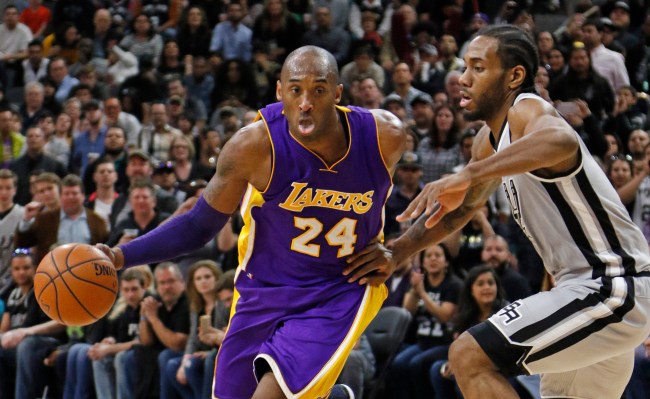 As the days continue to pass since the tragic death of basketball legend Kobe Bryant, the NBA and fans of the league continue to take baby steps back towards normalcy.

Speaking to reporters after the Los Angeles Clippers practice on Wednesday, two-time NBA Champion Kawhi Leonard broke his silence on Kobe’s passing and shared how the Lakers legend helped him transition from Toronto to Los Angeles.

“I talked to him about it before our transition to playing in L.A.,” Leonard said. “Just seeing how [he] got back and forth from Newport, and he said he was doing it for about 17 years or so.”

“I feel like that … I mean … the things that you hear, you don’t know what’s real yet,” Leonard said when asked if he has any trepidation now. “I can’t really speak on it. I don’t know. I don’t know yet. It’s a lot of thoughts in my head.”

“It’s sad every day. You know, you kind of feel like life isn’t real once you start seeing these little monuments or the pictures that people are putting up with his face and the year he was born and the year he died. It’s not all come together yet.” [via ESPN]

Additionally, Leonard — who used the same helicopter company as Bryant — said that late pilot Ara Zobayan was “the best.”

“Yeah, same pilot, everything. The whole situation, this whole program, the setup, how [Bryant] was traveling back and forth was the same way I was getting here from San Diego. Great guy. Super nice. He was one of the best pilots,” Leonard said. “That is a guy who you ask for to fly you from city to city. It’s just surreal still.”

“He will drop me off and say he is about [to] go pick up Kobe, [and] Kobe said hello. Or he’ll just be like, ‘I just dropped Kobe off, and he said hello.’ Vice versa. So it’s a crazy interaction. He’s a good dude, and I’m sorry for everybody.” [via ESPN]

Bryant, Zobayan, and seven other people — including Bryant’s 13-year-old daughter Gianna Maria — passed away in a tragic helicopter crash in Calabasas, California, on Sunday, January 26. In addition to the Bryants and Zobayan, John Altobelli, Keri Altobelli, Alyssa Altobelli, Christina Mauser, Sarah Chester, and Payton Chester were among those killed.

Bryant, just 41-years-old, was a five-time NBA Champion and 18-time All-Star during his 20-year career with the Los Angeles Lakers.

The sudden and tragic passing of the Lakers legend has absolutely shocked the global sports community, as tributes from all corners of the earth have continued to pour out ever since news of Bryant’s devastating death broke on Sunday.