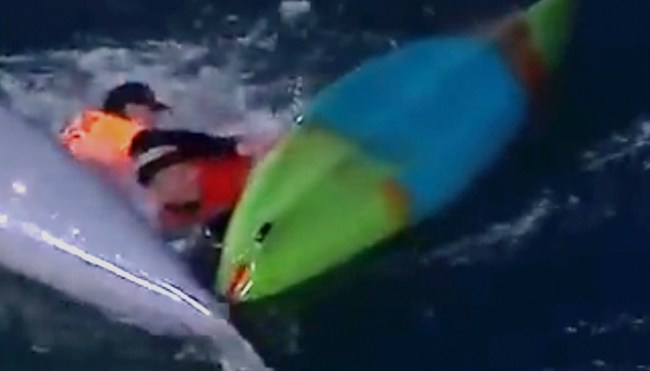 A lot of Major League Baseball stadiums are home to some pretty unique elements, including the Green Monster that towers over left field at Fenway Park, the ivy that lines the wall at Wrigley, and the infamous catwalks that have spawned plenty of controversy at Tropicana.

While it may not technically be inside the stadium, the San Francisco Giants also boast a fairly iconic feature just outside of Oracle Park: McCovey Cove, which has long served as a gathering spot for fans who spend games chilling on various watercraft in the hopes of securing a keepsake in the form of the home run balls that routinely land in the water.

The team has tracked the number of “Splash Hits” that have made their way into the water since San Francisco played its inaugural season at the stadium in 2000. Heading into Tuesday night, various members of the Giants had managed to reach McCovey 94 times (35 of which came courtesy of Barry Bonds), while opposing players had done the same on 54 occasions.

That second number rose to 55 on Tuesday thanks to Rockies outfielder Charlie Blackmon, who stepped up in the clutch during a pinch-hit appearance that resulted in Colorado taking a 5-3 lead in the top of the sixth inning on a three-run home run that marked the 200th dinger of his career.

The home run also led to one of the more amusing moments McCovey Cove has ever produced, as multiple fans scrambling to snag the ball had their kayaks capsize during a battle that ultimately ended when one of the men who had his vessel flip managed to swim over and secure it.

The victor turned out to be a guy known as “McCovey Cove Dave,” who’s spent more than 600 games in the water and reflected on what went down after he caught the 46th ball of his “career” (he said he returned it to Blackmon due to the nature of the “milestone moment).