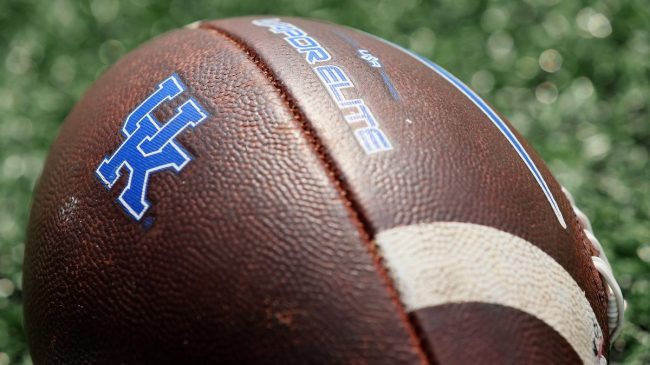 Five players on the Kentucky Wildcats football team were recently acquitted of burglary charges filed back in 2021. These college football players are cleared and are no longer in legal trouble. However, they’re now attempting to hold the policeman who charged them responsible.

According to ESPN, “Reuben Adams, Jutahn McClain, Vito Tisdale, Joel Williams, and Andru Phillips allege in lawsuits that officer Cory Vinlove knew probable cause did not exist to charge them and “embarked on a journey” to frame them for a crime they didn’t commit.” Each Kentucky player feels they were targeted by Vinlove in an attempt to ruin their lives.

Elliot Slosar, a Chicago-based civil rights firm Loevy & Loevy, states, “As the lawsuits demonstrate, these five young black men were targeted by a white officer with an axe to grind and determined to make a name for himself,” per ESPN. It sounds like the Kentucky football players believe Cory Vinlove was attempting to make a career move rather than do his job correctly.

We’ll see how the lawsuit plays out. Considering each player was acquitted of the first-degree burglary crimes, they could have a legitimate case. However, nothing is finalized, because everyone is innocent until proven guilty. According to ESPN, “The lawsuits state that Vinlove sought “to further his own career” and manufactured false charges before Southeastern Conference media day to maximize embarrassment to the University of Kentucky and its players.”

Keep an eye on this lawsuit filed by the five Kentucky football players. This is an ongoing situation that could last for quite some time. Luckily, it sounds like each of these young men can continue living their life.

So, for now, Kentucky can go back to focusing on playing football while these five gentlemen seek answers.