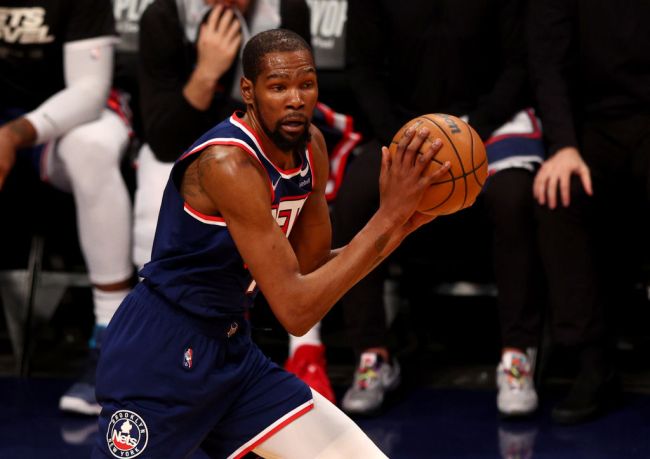 There are very few professional athletes as tuned in to what’s being said on social media as Kevin Durant. The 12-time All Star is seemingly always out there, ready to respond when his name is brought up in the media.

Yet, his Twitter account has been oddly quiet over the past few days despite the fact that Durant has been the biggest story in the sports world since requesting a trade away from the Brooklyn Nets.

That changed today. Durant made his first social media post since requesting the trade and the post was seemingly meant to defend his reputation.

The ones who were locked in that gym with me know what it is, they know what I’m about. If u haven’t been in there with me, ask around

Unfortunately, the tweet didn’t give basketball fans any insight into his thought process on wanting the Nets to trade him, but for some reason still being interested in playing alongside Kyrie Irving.

While Durant wants fans to ask around to find out what is it that’s he’s about, it seems his next move will tell be pretty telling on that front.

After watching the Warriors win another NBA title without him as the Nets deteriorated, Durant now has the chance to make a legacy-defining move as he chases another ring. Where he ends up and whether or not he’s successful in winning that ring with his new team will be major factors in how Durant’s legacy is viewed once he calls it a career.