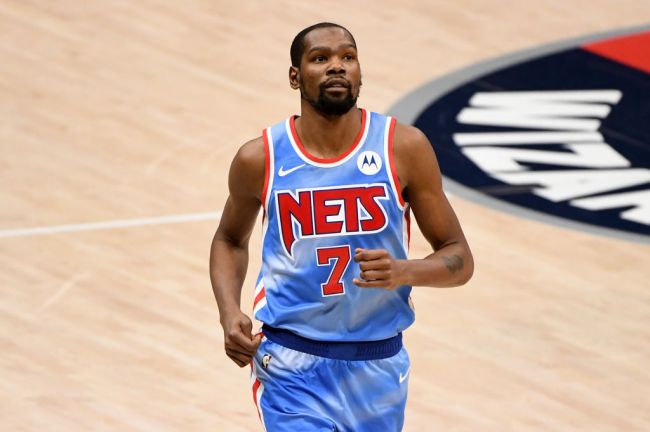 Each and every time you log on to Twitter, your blood pressure and heart rate go up, it’s inevitable. Something on the app is going to upset you, you’re almost looking for something to make you mad as soon as you hit the little bird logo.

Anytime you want to argue with someone, log onto Twitter, there’s something everyone can pick on. That should honestly be the social media giant’s new motto.

Kevin Durant knows this, he understands that when you are on the app, the energy level has to be at a 10. Someone on Twitter told KD to relax because he’s Kevin Durant, and he wasn’t having it.

On Monday, a quote from Steve Kerr made the rounds on Twitter saying that he actually enjoyed last season, when the Warriors went 15-50, more than he liked coaching Durant in his final year with Golden State. Kerr later said that the quote was taken out of context, but the damage was practically already done, as everyone just assumed that Kerr didn’t necessarily enjoy coaching KD.

Durant’s ‘this is hilarious’ tweet prompted Glasses Malone to tell him to ‘relax,’ and that’s when Durant dropped the truth bombs of all truth bombs.

There’s No relax champ. No relax when I’m on Twitter. I’m on 10 until the second I close the app. You relax!!

There is zero chill on Twitter, Durant’s tweet here is absolutely spot on. With people being canceled, stories going viral, and the vast majority of people trying to make something out of nothing these days, you have to keep your head on a swivel at all times.