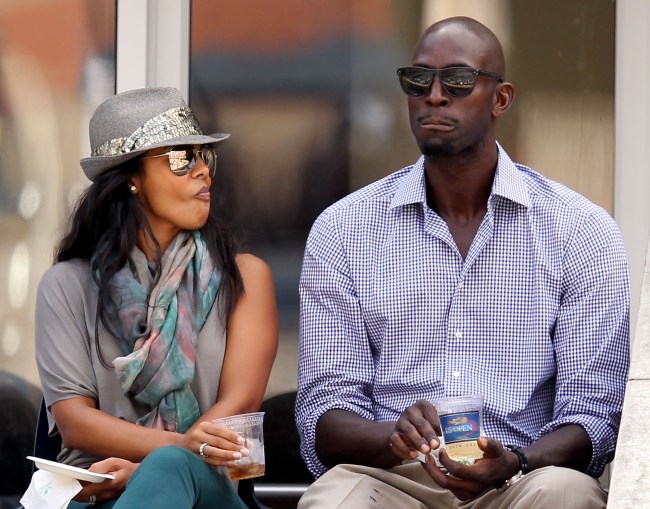 When you’re the NBA’s all-time leading salary earner at a cool $334 million (sans endorsements), people are going to start pulling at your pockets. Kevin Garnett made so much money over his two-decade long career that he had no idea his accountant helped a wealth manager steal $77 million from him.

The 15-time All-Star is currently suing these scumbags, one of which was the same dude who was sentenced to four years in federal prison and ordered to pay $7.5 million in restitution for defrauding Tim Duncan.

Garnett’s time in a court room likely won’t stop there, as he is currently in the weeds with his ex-wife Brandi, who filed for divorce in July 2018 after a 14-year marriage.

According to new legal documents obtained by TMZ, Brandi Garnett is seeking monthly spousal/child support payments well into the six figures, as well as a hefty chunk of change to cover divorce proceedings.

Brandi Garnett is seeking $146,000 per month in spousal support, plus another $46k monthly in child support for their 2 daughters — ages 10 and 6. Brandi says she has the girls 95 percent of the time.

Brandi’s also asking for $300k in attorney fees immediately to cover the cost of the divorce proceedings so far and estimated future costs to hammer out an agreement.

There’s more — according to the docs, Brandi’s requesting an additional $25k to retain counsel in another financial matter involving Kevin allegedly getting swindled out of $77 MILLION.

The monthly spousal/child support payments works out to more than $2.3 million a year, which Brandi believes to be more than fair considering her ex reportedly still makes around $5 million annually on top of his astronomical NBA earnings.

Granted, if Brandi receives what she’s fighting for, it won’t be too big a hit on Garnett’s wallet. But on principle, writing a $146,000 check to your ex every month has gotta sting a bit.