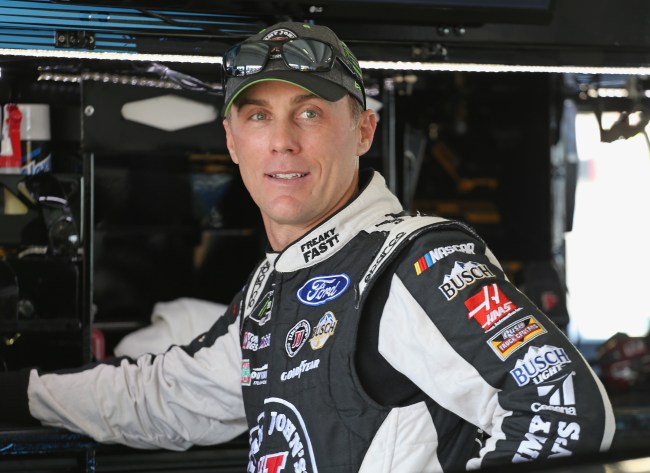 The 60th annual edition of the Daytona 500, will be run on Sunday. JohnWallStreet will be in attendance, along with the 500 fans that Busch beer (BUD) is bringing to the event; providing coverage all weekend long (follow us on Twitter @HowieLongShort). Before we head down to Daytona, we got a chance to catch up with Kevin Harvick; who finished 3rd in 2017 Monster Energy NASCAR Cup Series standings. In Part 2 of 2 (link to Part 1 of interview), Kevin discusses his sponsors for the 2018 season, the significance of this particular race and the success of “Bloomin’ Mondays”.

JWS: The Daytona 500 is the biggest event on the NASCAR calendar. For those that are not NASCAR fans, can you try to explain why that is and the significance of the race?

Kevin: Well, it goes back to when they raced on the beach. This is the birth place of our sport. Bill France had a dream to build a really big racetrack and came and built the Daytona Speedway. There is no other race that matches the hype and there is no other race that matches that magnitude of winning the Harley J. Earl Trophy; putting your name on the list of Daytona 500 winners. It’s hard to explain the magnitude of it, until you experience winning the race. The celebration is different, you celebrate like you won a championship, because, basically you have. Winning the Daytona 500 can make a whole year.

JWS: If you must pick one, do you want to win the Daytona 500 or the Monster Energy NASCAR Cup Series Championship?

Kevin: I want to win them both (laughing) but, I will tell you this, in 2007 when we won the Daytona 500, we did not have a great year; but, nobody remembers anything about that year except for, that is the year that I beat Mark Martin in the Daytona 500. It’s just that big. You have more sponsors show up, more celebrities show up, more fans show up, the TV ratings are higher, the radio ratings are higher, the exposure is greater and there isn’t anything about it that isn’t bigger.

JWS: Do you have any new sponsors in place for the 2018 season?

Kevin: Everything is pretty much the same. Jimmy John’s is on board again, Busch (BUD) is the other primary; along with Mobile One (XOM). Outback (BLMN) is activating heavily with their “Bloomin’ Mondays” (editor note: only program every Outback franchisee participates in) and they’re seeing a $10,000-$12,000 increase (in revenue, per store), pretty much every time we get a Top 10 finish.

Fan Marino: Do you have a “most memorable” Daytona 500 experience, as a fan?

Kevin: I went there in 1995 for the first time and was in the grandstand going into turn one, watching the qualifying races. I grew up in Bakersfield, CA. I had never been to a racetrack of that size, let alone to the Daytona 500; so, to sit there and watch those cars go around the racetrack and to see all the cars you see on TV, it was eye opening. (note: Sterling Marlin won the 1995 Daytona 500.)

A newly re-designed Snapchat application (SNAP), with an increased focus on Discover, has given NASCAR an 80% boost in the number of viewers who watch its stories. Discover, the platform that allows verified media companies (plus influencers, brands and celebrities) to run their own channels and to split the ad revenue generated, was given its own section following the SNAP update. On last week’s earnings call, the company announced that +/- 25% of all users were using the re-designed app; insinuating viewership numbers should continue to increase. The re-design will be fully deployed by March 31st.

Howie Long-Short: While the re-design is being panned by younger users, it appears to be serving its purpose; to give publishers, brands, influencers (i.e. the people who monetize the platform) the ability to increase eyeballs (and ultimately revenue). SNAP reported Q4 ‘17 revenue increased 72% YOY (to $286 million), while revenue per user grew 46% YOY; the image messaging and multi-media mobile application also added 8.9 million daily users (to 187 million) during the most recent quarter. It wasn’t all positive news though, GAAP (generally accepted accounting principles) net losses more than doubled (as costs soared, ex: R&D +260%) during the quarter. It should be noted that with a market cap of +/-$24 billion, the company is trading at an absurd +/-30x ’17 earnings.

Fan Marino: The Hashtag 500 will be returning for the 60th running of the Daytona 500, giving fans the chance to compete on social media for memorabilia from Sunday’s race. To play, tune in to Fox at 2:30p EST and follow @NASCAR on Twitter (TWTR); they’ll be releasing custom hashtags (every 20 laps) that give fans the chance to enter random drawings for race gear (see rules, here). A driver’s fire suit, helmet, steering wheel and a set of Goodyear Tires are among the prizes to be won; the grand prize is a trip for 2 to the ’18 Monster Energy NASCAR Cup Series Championship in Miami. The ’16 Hashtag 500 set several NASCAR social media records, including tweets per minute (13,000).

One Daytona, a lifestyle and entertainment complex located directly across the street from the Daytona International Speedway, is now open. Developed by the International Speedway Corporation (ISCA), the 300,000 SF space (estimated to cost about $150 million) is filled with a collection of shops, restaurants, hotels and apartments. Victory Circle, the epicenter of the newly created entertainment and retail district, hosts live music Thursday-Sunday; always free and open to the public.

Howie Long-Short: The International Speedway Corporation (ISCA) owns and operates the Daytona International Speedway and a dozen other race tracks; including the Talladega Superspeedway and the Martinsville Speedway. In late January, the company noted that full-year 2017 revenue ($671.4 million) grew to levels it hadn’t seen since ’10, sending share prices up 10.6% (to $45.30). Shares hit a high of $47.15 on February 1st, before settling back down to $45.05 at Thursday’s close.