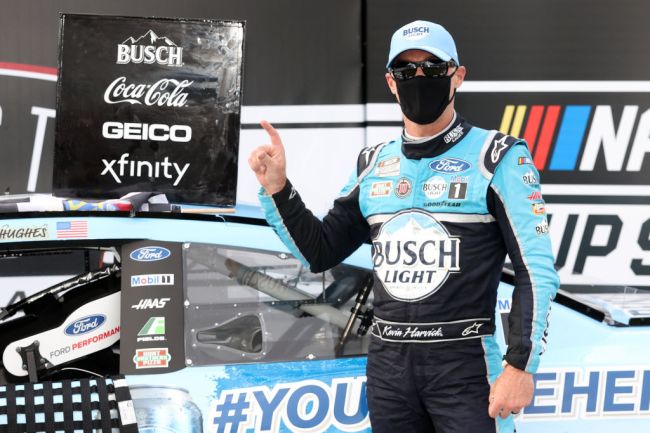 It’s been fantastic seeing fans allowed back at sporting events. While some cities and states aren’t yet allowing full capacity, seeing some fans is certainly better than seeing no fans. It’s not just the fans themselves happy to be back watching live sports, but the athletes themselves as well.

Kevin Harvick joined Harold Varner III and George Savaricas on Episode 10 of the Rippin’ It podcast and expressed how excited and thankful he was that fans are back.

Harvick shared how incredible the scene was around Phil Mickelson coming down the final hole at the PGA Championship last week before reflecting on his own experience with and without fans in attendance. In particular, Harvick remembered his win at Darlington in May of 2020, the first race back after NASCAR shut things down for a little over two months, and just how weird that entire situation felt.

“For me, it’s a little bit weird,” Harvick explained. “Last year, we went to Darlington, I won the first race back, and I got out of the car all jacked up and it was dead silent. I’m like ‘man, this doesn’t even feel right. I don’t even know what to say.’

I didn’t know what to do, don’t know where to go, they did the interview and they said drive to victory lane. I go to victory lane and I had none of my team, couldn’t celebrate with anybody. They took three pictures, handed me the trophy, and said ‘alright, just walk back to your bus and go home.'”

“I think it’s quite an honor to be able to be a part of the healing process of getting this whole thing back to normal and people are ready to come watch,” Harvick continued.

.@KevinHarvick loved seeing so many fans at the PGA Championship and is ready to put on a show for all the NASCAR fans out there.

You can check out the full episode of Rippin’ with Harvick on YouTube and subscribe to the show on Apple Podcasts, Spotify, and Anchor.