LFL Quarterback Linsey Noble Broke Out The ‘Kiki Challenge’ During Game, And It Was ‘Interesting’ 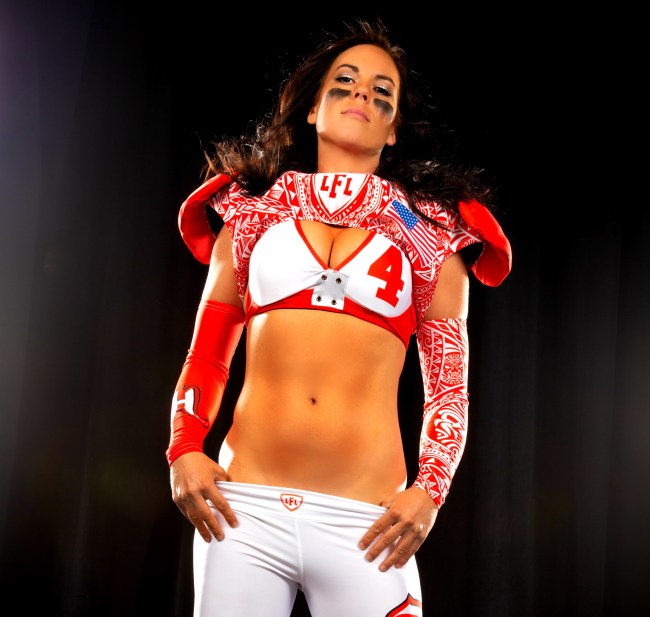 So… are you familiar with this “Kiki Challenge” (aka the “In My Feelings Challenge”) that’s been making its way around? You know, the craze where people are getting in trouble with police for jumping out of moving cars and dancing along to the Drake song “In My Feelings?” Yeah, that.

It’s like the Whip/Nae Nae of 2018 and it’s kind of everywhere these days, even in the Legends Football League. Sort of…

I say sort of because on Saturday night Omaha Heart quarterback Linsey Noble looked a little rhythmically “challenged” when she performed the “Kiki Challenge” during the game against the Denver Dream.

Oh yeah, Noble and Omaha Heart ended up beating the Denver Dream 26 to 21, in case you were curious.

Noble, 29, was listed as a defnsive back/wide receiver prior to this game with one rush for one yard and one reception for four yards. She also had one tackle. Omaha’s previous quarterback, Jacqueline Good, was only 5-for-19 passing with two picks and no touchdowns in the team’s first two games so it’s understandable that they made the switch.

Also, is it Kiki or Keke? Shiggy, who started this whole thing said Keke.