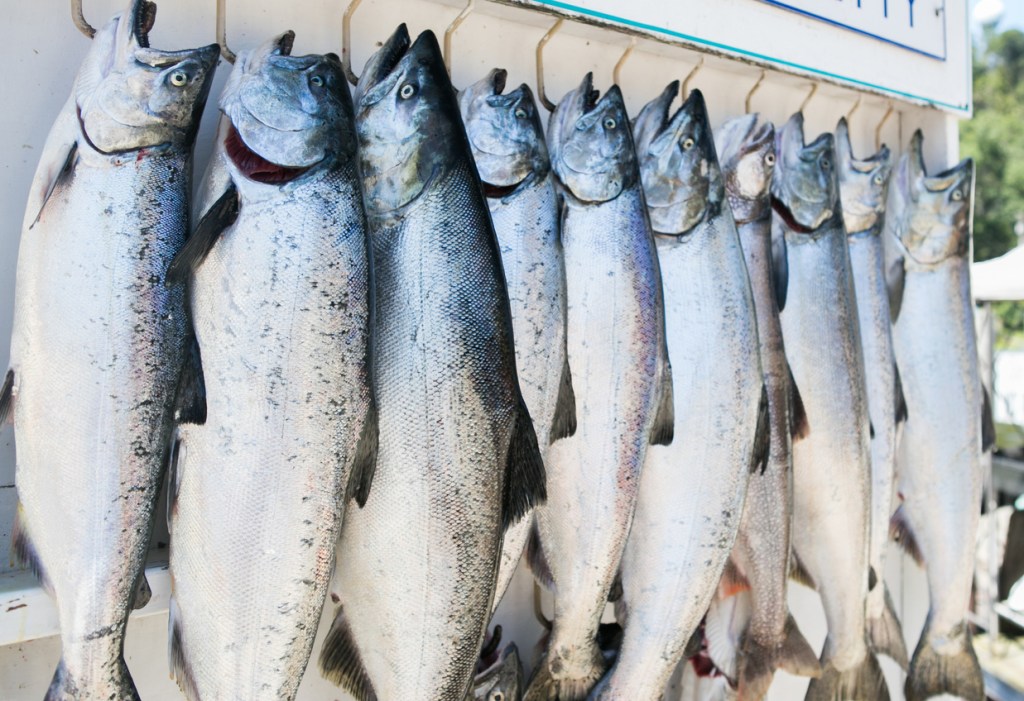 The fishing world’s newest record holder is 19-year-old Luis Hernandez Martinez of Michigan. He just took down a 43-year-old record by landing the largest King Salmon ever caught in any of the five Great Lakes. His fish is now a certified new state record in Michigan.

And he might as well retire now because it’ll never be as good as that day. This was his very first time ever fishing for salmon. That, or he could become hellbent on breaking his own record as he just took down one that’s stood since 1978.

Luis was fishing with Captain Bobby Sullivan on Lake Michigan in a 28-1/2-foot Baja Cruiser out of Ray’s Auto Marine. They were fishing with spoons (long lining) that were hovering around 60-feet in water that was about 200 feet deep and trolling at just under 3 MPH. That’s when the 47.86-pound, 47.5-inch Chinook salmon (aka King Salmon) took the bait.

It took Luis Hernandez Martinez about 45 minutes to reel in his record fish. The captain told Field and Stream the first 20 minutes were brutal but the battle got easier after the fish jumped for its first time. “The first 20 minutes of the fight was tough,” says Martinez. “My arms were tired and in pain. Then, after the fish jumped out of the water, it got a little easier.”

Once they got it to the boat, Captain Bobby Sullivan thought this fish would be a member of the elusive “Thirty Pound Club” but had no idea how big the fish was. It never crossed anyone’s mind that they had just reeled in a new state record and the largest Chinook ever caught in the Great Lakes.

This fish then made stops at three scales. The first was the scale at Captain Chuck II’s in Ludington where they weighed the fish and it tipped the scales at 47-pounds plus. Everyone was shocked. So they went to a nearby tackle shop to double-check and it still weighed 47-pounds.

Neither of those were certified scales so they found a certified scale at Northside Market and the fish officially weighed 47.86-pounds with a length of 47.5-inches. This broke the 43-year-old Chinook Salmon record by a full pound! And it was the very first time Luis Hernandez Martinez had ever gone salmon fishing.

Until this fish, the largest Chinook Salmon ever caught in any of the Great Lakes was a 46.38-pound fish harvested on Lake Ontario near Oakville, Ontario.

The captain and Luis called in a MDNR biologist to confirm the species and certify the catch. Now all that’s left is for this fish to hit the taxidermist so Luis and the captain can have replicas of their record-setting King Salmon.