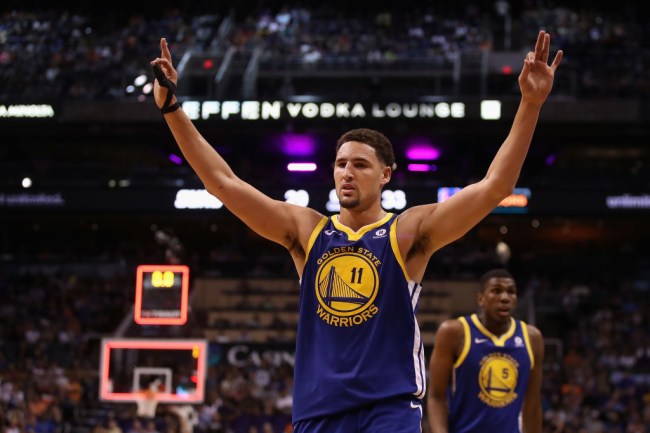 When I was in college, my watering hole of choice was a dive bar on the outskirts of Boston where Henry Hill’s crew from Goodfellas once ran a point-shaving operation out of the basement. While I doubt this was a conscious decision to pay homage to its past, the bar had a Pop-A-Shot machine tucked in the corner, where I spent many nights getting progressively worse at shooting a tiny basketball through a hoop six feet away.

Over the course of the too much time I spent there in college, I watched guys who were good enough to play D1 basketball test their luck with varying degrees of success (I’m sure the $2 pints of Busch Lights didn’t help take their game to the next level). However, it became clear that being able to play basketball at a college level doesn’t automatically make you an arcade game prodigy.

Klay Thompson just made the trip back to China a year after he lit the internet on fire thanks to his sick dance moves and the time he temporarily forgetting how to dunk a basketball. This year, he attempted to redeem himself by agreeing to face off against a girl in a Pop-A-Shot contest. I don’t want to say he underestimated his competition, but if he knew what he was up against, he might have rethought his decision to take her on.

#ChinaKlay getting destroyed in pop-a-shot 😂

It might not have been the best look for Thompson, but that girl was a total amateur compared to another Pop-A-Shot master.

Never underestimate the power of a man with a polo tucked into a pair of khaki shorts.