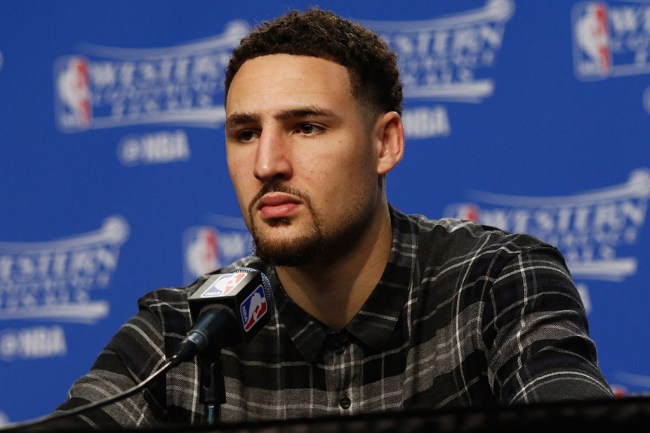 Fashion in the NBA has come a long way since David Stern instituted a sort of, kind of racist dress code back in 2005 after baggy clothes invaded the league—a trend that is no better illustrated than by the suits that were rocked by prospective players at the NBA Draft a couple of years prior.

2003 nba draft…. Like the big suits… But never seen em on this kind ov suits after the draft day…. pic.twitter.com/WgyoTIfk

Allen Iverson and some other high-profile players who were essentially targeted thanks to their penchant for do-rags and Timberlands were critical of the policy when it was first instituted. However, oversized Eckō Unltd. shirts would soon give way to a more refined style that would eventually become all the rage in the league.

One of the nice parts of having millions of dollars at your disposal is that you can employ someone whose job is to make you look as sharp as possible and plenty of NBA players have stylists on the payroll who are tasked with doing exactly that.

However, it appears Klay Thompson is not one of them.

The Warriors shooting guard recently spoke with ESPN to shed some light on his personal style in a very on-brand interview in which he expressed his love for neutral colors and sweatsuits. With that said, there was no revelation that was more “Klay Thompson” than the admission that the 29-year-old lets his mom buy his clothes for him.

The best part? He’s not the only person on the team who turns to her for fashion guidance, as he revealed Andre Iguodala also relies on Thompson’s mom (who frequently shops with Klay’s wife) when it comes to staying stylish.