Kobe Bryant Offers Some Advice To The Lakers, Magic And LeBron After Their Disappointing Season 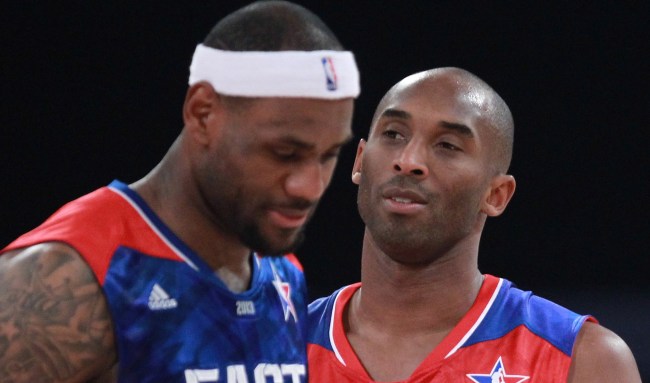 Kobe Bryant played in the NBA for 20 years, was an 18-time All-Star, five-time NBA champion, won an MVP, and had not one, but two different uniform numbers retired by the Los Angeles Lakers.

There aren’t many people more qualified to know what it takes for a team to be good in the NBA than him. This is something that might be useful for his former team which hasn’t had a record above .500 since Bryant’s final season in 2011-12 – even with the addition of the self-proclaimed GOAT LeBron James.

So what does Kobe think about the Lakers’ future, next season and beyond?

Speaking to Mike Greenberg on Get Up, Bryant had this to say…

“It was unfortunate, because they got hit with so many injuries in rapid succession. When they were rolling, I mean, they were playing very well, I think exceeding people’s expectations. But then they got hit with all these injuries. Kind of set ’em back, knocked them off-kilter a little bit. It’s hard to reboot that and so now they get caught in that rut. But next year should be better.”

Fair enough. The Lakers were 20-14 at one point, in fourth place in the Western Conference, when a lengthy injuries hit LeBron James and Lonzo Ball, and have gone 6-20 since Ball went down with LeBron also out on January 21st.

When asked what advice he would give to President of basketball operations Magic Johnson, Bryant chuckled then replied, “I think it’s just a matter of being patient. Obviously they’ll make smart decisions. You have opportunities, pieces you can trade, assets and things of that sort. Or you can stay with the young guys who are extremely talented and have great upside, and let them develop. Either direction you go should be a good direction.”

As for what advice he would give LeBron as the new face of the Lakers, Kobe said, “You just gotta keep pushing. Seasons like this are what make the championships worth it.”

Not sure any of that was terribly helpful, but, hey, the Mamba has spoken.