Kobe Bryant’s Unreleased Cameo On ‘Entourage’ Gets Detailed By Jeremy Piven, Who Says Footage Will Never Be Made Public 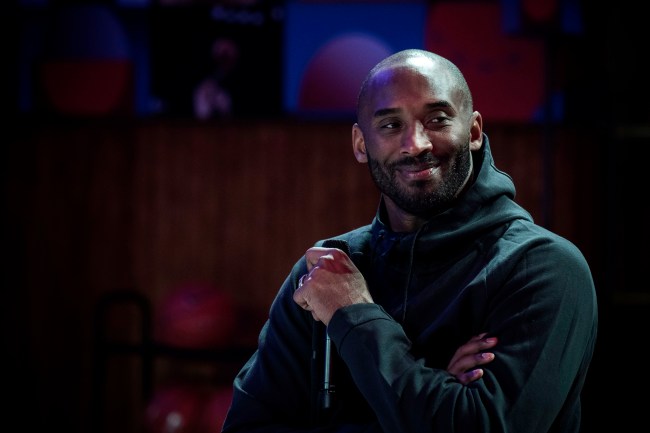 Kobe Bryant’s tragic death is still soaking in for millions of people, who can’t believe that the former Los Angeles Lakers legend is gone. Just 1.5 weeks after the helicopter crash that killed the 41-year-old Bryant, his 13-year-old daughter Gigi and seven other passengers, everyone’s mourning in different ways, while trying to pay tribute to the icon that Kobe was.

While we’ve seen thousands of people come out to support Kobe Bryant outside of the Staples Center to show support, other people are honoring him by getting tattoos — like LeBron James and Anthony Davis did — along with recounting stories about Bryant that no one had probably heard before. It’s a difficult time, but everyone’s doing their best to honor him and carry on his legacy.

One of the more interesting ways that’s happening is from actor Jeremy Piven, who was one of the stars on the HBO show Entourage, which ran from 2004-11.

While the majority of the show was shot in Los Angeles, one person who never made a cameo was Kobe Bryant, who was the king of the city given his success on the hardwood and influence in the community. It wasn’t because Piven and the boys didn’t have interest in getting Kobe on the show, which was highlighted in a 2009 interview, per E! News.

Jeremy also said Kobe was supposed to shoot a cameo on Entourage, but was replaced by 50 Cent due to last-minute scheduling issues.

“We’ll create a new one for him,” he quickly added since Kobe was in earshot.

Although the Lakers legend never did show up in an episode for viewers to see, according to Piven, Bryant did actually make an appearance on the show, with the actor recently detailing what happened in a length Instagram post. Take a look below at how it all went down.

I approached Kobe in character and asked why he’s doesn’t act and that I wanted to rep him… He told me while warming up (popping in 3 balls )that he doesn’t have that charisma to be in front of the camera like Denzel. And yet he was mesmerizing while telling me this and didn’t know we we’re filming. I’m telling u he crushed this scene that u will never see . He was fascinating and curious at the same time and that’s rare . His impact will continue to reveal itself and I’m still hurt and in total disbelief . Let his work ethic inspire u when u can’t make it and the love he had for his family continue to give us all perspective when we loose gratitude. I’m sorry I can’t stop thinking about this and posting

And below is the post from Jeremy Piven’s IG account, which shows he and Kobe Bryant on set, with the actor in character as Ari Gold, and Bryant donning his Lakers warmups.

There will never be another Kobe Bryant, and, while we’re all still letting the realization of his tragic death soak in over a week later, stories like the one above from Jeremy Piven reminds us how rare and how talented the Black Mamba was. He, seemingly, could do it all, and, while we’ll never see the footage from Entourage, per Piven, it’s hard to imagine Bryant not absolutely crushing the scene.