Kobe Bryant Fans Are Looking To Pay Their Respects, But They’re Reportedly Visiting The Wrong Gravesite 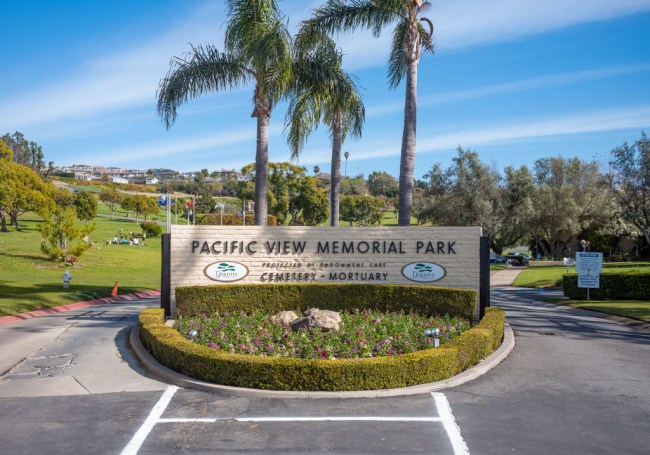 Kobe and Gianna Bryant were buried at Pacific View Memorial Park on February 7th and while hundreds of fans have come to pay their respects a large number of people are actually visiting the wrong gravesite.

Fans began visiting the incorrect plot after a Daily Mail article included photos of the gravesite of the falsely identified resting place of the Bryants. According to USA Today, the plot that many fans are visiting belongs to another family and while there are coincidentally purple and yellow flowers at the site, there are no engravings.

The cemetery has even stated that they have had to increase security as roughly 400 people have continued to visit the wrong gravesite leaving flowers and other things. Some fans have even run into the family that actually owns the plot.

As the search for his gravesite continued, some visitors encountered family members of the person buried at the site, according to Bunton, who did not identify the family. The security guard said the person was buried at the private plot in November.

“Others have actually run into the family members who’ve kind of shooed people away from that spot just because it’s disturbing the peace to the person interred there,’’ she said.

One couple was even convinced this was all a ploy to keep people from visiting the cemetery.

Not everybody is believing the cemetery’s claim.

On Tuesday, a couple that came to the cemetery to visit Kobe Bryant’s gravesite said they thought it was his – even after a security guard insisted it wasn’t. The couple, which declined to give their names, pointed to a small bush with Christmas ornaments outside the private plot and said they thought it was a ploy to fool people into thinking the person was buried months ago.

According to the report, the staff at the cemetery has continued removing flowers and memorabilia from the incorrect gravesite as fans continue to pay respects to the other family.