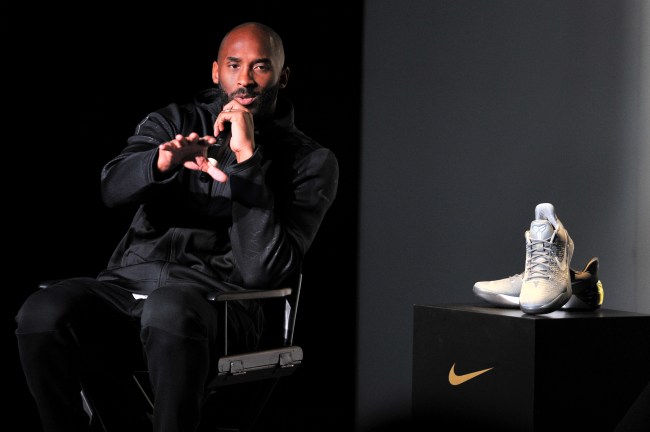 Kobe Bryant tragically passed away in a helicopter crash back in February but it appears that before his untimely death he was considering making a big business move that would have helped his fellow athletes.

In a series of tweets posted on Monday night, venture capitalist Shervin Pishevar claims Kobe was planning on leaving Nike to start his own sneaker company.

Pishevar goes on to say that he personally met with Bryant to discuss starting a “shoe company owned by players,” called Mamba.

2/ These were the designs my team did to show him that day for an independent Mamba shoe company. Here’s calendar details. There were witnesses to the meeting and Kobe’s plans like Gina Ford, who manages Usain Bolt. pic.twitter.com/PgsIDt0P0E

*the the idea of the tracker in back back (attached by strong magnet) connected a great Mamba fitness app and integrated coaching/motivational features.

According to Shervin, Bryant wanted to leave Nike because he wasn’t happy with the way they were marketing his latest sneakers.

He wasn’t happy with Nike’s marketing and promotion commitment to Kobe’s line. And the sales of his shoes were anemic and he blamed Nike. He retained tight control because he didn’t trust Nike’s judgment in design.

I’m sure we’ll hear plenty more stories about Kobe’s business ideas in the coming years but a sneaker company owned by players is something that should definitely happen.