When Forced To Answer, Kobe Bryant Ranks Himself Ahead Of Both Michael Jordan And LeBron James 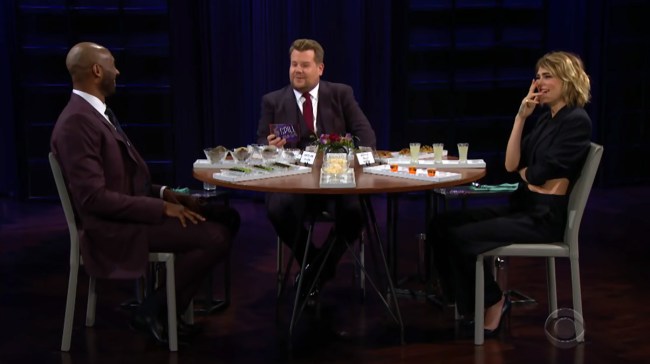 Via The Late Late Show with James Corden (YouTube)

During his appearance on The Late Late Show with James Corden on Tuesday night, Kobe Bryant was forced to rank himself, Michael Jordan and LeBron James. Take a wild guess who he put first?

Despite his protestations, and recently saying he “really [doesn’t] care” about who the so-called GOAT in the NBA is, The Black Mamba went with himself at numero uno.

At least 1,100 people would disagree, but at least he ranked LeBron James correctly, right, NBA Twitter?

Now Kobe didn’t really have to answer the question posed to him by James Corden during the “Spill Your Guts or Fill Your Guts” he participated in along with Cara Delevingne. Bryant could have taken a bite of cow tongue and avoided answering the question altogether.

He didn’t eat it.

Also during the show, Delevingne recalled sitting courtside at a Lakers game with Rihanna and having Kobe pay them absolutely no mind. 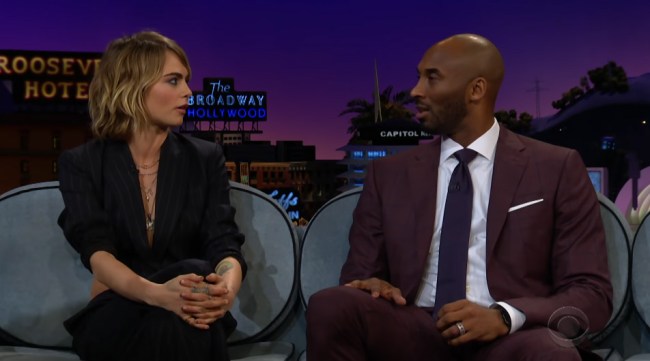 Via The Late Late Show with James Corden

“Would you get distracted if you saw rihanna and cara sitting courtside?” Corden asked Kobe.

That’s definitely something a GOAT would say.

They also had a bit of fun with Kobe’s days as a model.