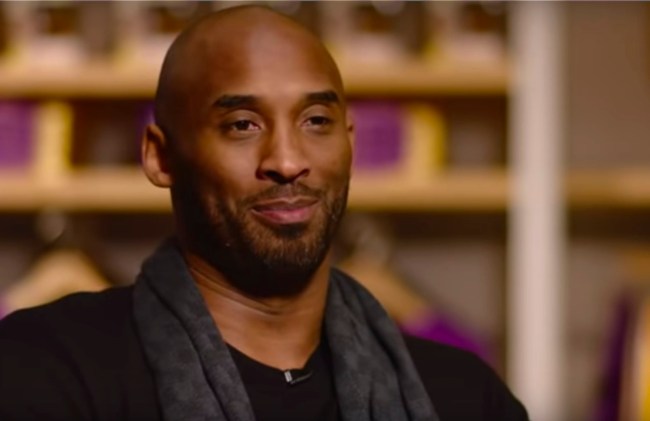 Kobe Bryant is widely considered as one of the best basketball players ever, but he doesn’t want to take part in joining the whole GOAT debate that seems to always come up. While most people don’t necessarily throw Kobe’s name into the hat when bringing up the conversation — the two names most associated with term are Michael Jordan and LeBron James — the five-time NBA champ said that he doesn’t even care about talking about something that doesn’t have a definitive answer.

Speaking with Mike Greenberg of ESPN in an exclusive interview, Kobe Bryant didn’t just say that he “really don’t care” about who the so-called GOAT in the NBA is, but that he just “moved on” after doing the best he could during the time he played. Take a look at the quick snippet of Bryant’s opinion to Greenberg below.

–@kobebryant on the GOAT debate pic.twitter.com/IsnCsmphSP

To paraphrase Kobe, here’s what he said:

“It’s hard for people to believe, but I really don’t care,” Bryant said. “I’ve moved on. You have a career, you do the best you can for the 20 years I was fortunate to play and then you shelf it. You’re done. You move on to the next thing. Now I’m focused on these next 20 years.

“Those debates are entertaining, I’m sure it’s fun for people to engage on those, but for me personally, it doesn’t matter.

“The best way to explain it is I typically do not engage in things that I cannot definitively win.”

That last part is so Kobe Bryant, isn’t it? As one of the most ruthless competitors ever with stories of his extreme ways, The Black Mamba knows that if he can’t win, he doesn’t care to partake in something. And, whether or not you agree with him or not, Bryant’s right here, because the whole GOAT debate is great for fans to talk about, but nobody will ever be able to definitely say one player is the best ever, no matter how many stats or accolades one can give about him.

Still, because debating the GOAT is always fun, people will continue to give their opinions, and, in a recent poll of nearly 1,100 people, Michael Jordan was voted the greatest of all-time by an overwhelming margin, with LeBron James finishing second and Kobe Bryant sixth on the list with 2.3 percent of the votes. When it comes to lists like this, it’s really apples versus apples, because they’re all all-time legends who could make a case for being called the GOAT, so Bryant’s smart in just removing himself from the entire conversation altogether.