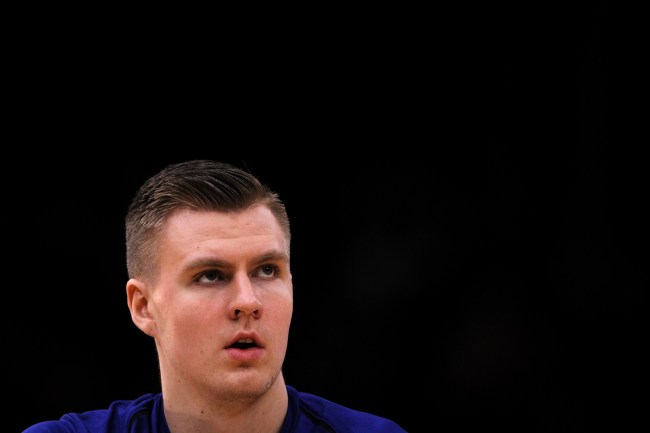 Back in May, new Dallas Mavericks tall man Kristaps Porzingis engaged in a fight at a nightclub in his native country of Latvia. Video footage showed a bloody Porzingis in a torn white shirt screaming at an unidentified man and pushing a woman aside.

The footage would leave a reasonable person to conclude that the 7’3” All-Star got worked by a common man.

I’d be willing to wager a Latvian blood sausage that no man will be fucking with Porzingis now that he has transformed his spaghetti arms into robust linguine, complete with vascular veins and a chest that would make Lindsey Pelas feel flat.

Porzingis is putting on muscle 👀

While it’s evident that PorzinGOD has put on a shitload of muscle, Knicks fans still appear to be bitter he jetted to Dallas.

Prozingis outside the club pic.twitter.com/DAhooADZLk

Others were more encouraging.

If he dies he dies 🤣🤣 pic.twitter.com/g5OKBdYYBO

It appears that the entire Mavs roster is juicing, I mean putting on weight. Mavs forward Justin Jackson put on 20 pounds of muscle this offseason, and Luca out here looking like an actual athlete.

The Mavs are going to be fun.