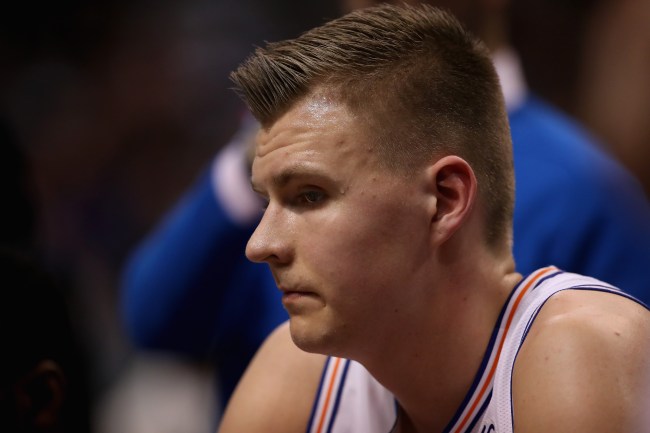 For the fourth consecutive year, the New York Knicks are the most valuable team in the NBA, worth $4 billion. They play on a home court that is considered the mecca of basketball. They are in the top third of attendance in the league. And they suck. So hard. They have for 5+ years. They’ve only won one playoff series in two decades.

Their perpetual shittiness may be why Knicks fans embraced Kristaps Porzingis like he was their final lifeline, showering him with terms of endearment like “The Unicorn,” “KP6,” “PorzinGOD,” “GODzingis.”

Wellllp, the tallest active player in the NBA wasn’t enamored with the glitz and glam of New York City enough to stay, as it has been learned that the 23-year-old Latvian gave Knicks president Steve Mills and general manager Scott Perry an ultimatum in an effort to be traded.

During a fan forum series on Wednesday, Mills got real with the situation.

Scott and Steve had trade offers lined up dating back to last September pic.twitter.com/JGp1EQQrUV

“He walked into my office … and said, point-blank said to us, ‘I don’t want to be here. I’m not going to re-sign with the Knicks. And I’m going to give you seven days to trade me or I’m going back to Europe.’ So fortunately for us, that process that we talked about starting in September, we had a number of deals lined up. We started the trade calls as soon as he walked out of the office.”

This one has gotta sting for Knicks fans. Unless, of course, the expanded cap space makes room for Durant and Kyrie, in which case, PorzinGoodRiddance. I tried.