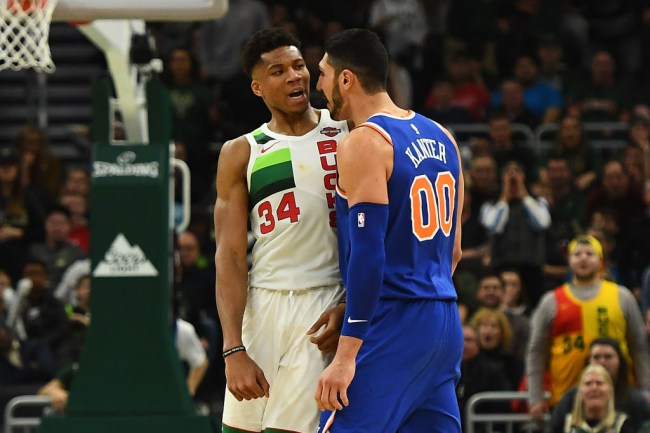 The New York Knicks and Milwaukee Bucks have become the NBA’s most unlikely rivalry, considering the Bucks are fighting for Eastern Conference supremacy and the Knicks are, well, the Knicks.

Just weeks after Knicks guard Mario Hezonja threw down a dunk and then stepped over Giannis Antetokounmpo (the world would soon become back in balance with a monstrous Giannis near a Hezonja, who wanted none of that smoke).

In last night’s 112-96 Bucks win over the Knicks, things between Giannis and Knicks center Enes Kanter came to a head when Kanter delivered what looked to be a hard foul on a driving Giannis. The foul was never called, but that didn’t stop the Greek Freak from confronted Kanter near half court. Note: at the end of their confrontation, you’ll see a guy in a suit fly in and hip check Kanter out of the way.

That man is Bucks assistant and ex-NBA player Darvin Ham. After the gazme, Kristaps Porzingis, who is rehabbing his ACL tear, voiced his frustration with the Ham sticking his nose where it didn’t belong. 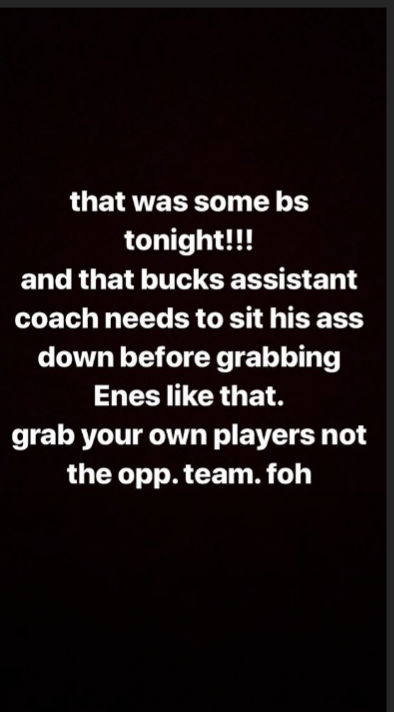 It appears as if Porzingis isn’t the only one livid with how things went down. The New York Post reports that Kanter wasn’t having any of Ham’s bullshit.

After the game, a livid Kanter was upset he got tossed and came up to two reporters to accuse a Bucks assistant coach, Darvin Ham, of knocking him from behind during the melee. The NBA could suspend Ham if it is true.

The real shame in all this is that the Knicks don’t play the Bucks again this season. Shit.