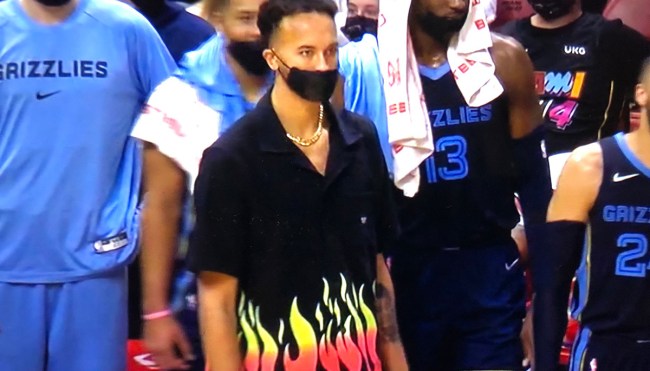 It’s hard to imagine Guy Fieri would’ve transformed into the sensation that he is without his trademark spiked bleached locks and a wardrobe built on a foundation of bowling shirts. However, you might be surprised to learn those two signature aspects of his look were actually happy accidents.

A couple of years ago, the Mayor of Flavortown revealed he decided to embrace the hairstyle he never asked for at the salon responsible for the ‘do, and while he’s leaned into the flamboyantly-pattern tops most people associate with him, he didn’t start wearing them until someone at Food Network plucked one from the wardrobe department during his early days.

You might also be a bit shocked to discover Fieri is decidedly not a fan of the flame-covered shirt he’s become inextricably linked with, but that hasn’t stopped his devoted legion of followers from leaning into that particular aesthetic while paying tribute to the chef during pub crawls and on Halloween.

Now, I don’t have any proof that Memphis Grizzlies forward Kyle Anderson is a big Guy Fieri Guy, but I feel like you have to assume that’s the case based on the shirt he was rocking on the bench when his team faced off against the Heat in Miami on Monday night.

Kyle Anderson's shirt screams Miami all over it! 🔥#GrindCity pic.twitter.com/3dx0ZTmnht

It didn’t take long for viewers to take notice, and plenty of people chimed in with jokes after the picture of the fire jawn started to make the rounds.

i swear my mom bought me this exact shirt from tj maxx in 1999 pic.twitter.com/Gzg7P9J76C

when coach tells you to prepare to play smashmouth basketball https://t.co/qMlf1DVo31

Kyle Anderson maxed out his WWF No Mercy create-a-wrestler $ and ran out of things to spend it on. https://t.co/ioVukj3aBJ