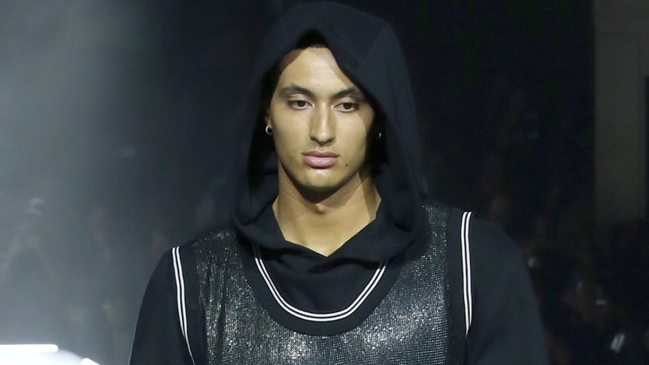 NBA players have long served as de facto influencers thanks to their ability to use their profile to sway the general public, whether they’re serving as an official ambassador for a brand that signed them to a lucrative endorsement deal or simply slapping an inherent seal of approval on various products and trends.

That reality has only been exacerbated by the rise of social media, and while plenty of basketball players have kept their finger on the pulse of fashion over the past couple of decades, a number of high-profile names have routinely garnered attention in recent years thanks to some of the slightly unconventional sartorial choices they make on a regular basis.

That includes LeBron James, who turned some heads when he rocked a suit with a pair of shorts a few years ago. There’s also Russell Westbrook, who’s made plenty of bold choices—including the skirt he showed off during a Thom Browne show at New York Fashion Week last fall that Kwame Brown had a fairly unhinged reaction to.

Kyle Kuzma is also a man who’s not afraid to take some risks when it comes to his outfits, and I can only imagine Brown will have similar feelings about what the Wizards forward was rocking when he modeled a particularly interesting piece Puma showed off as its NYFW show on Tuesday. 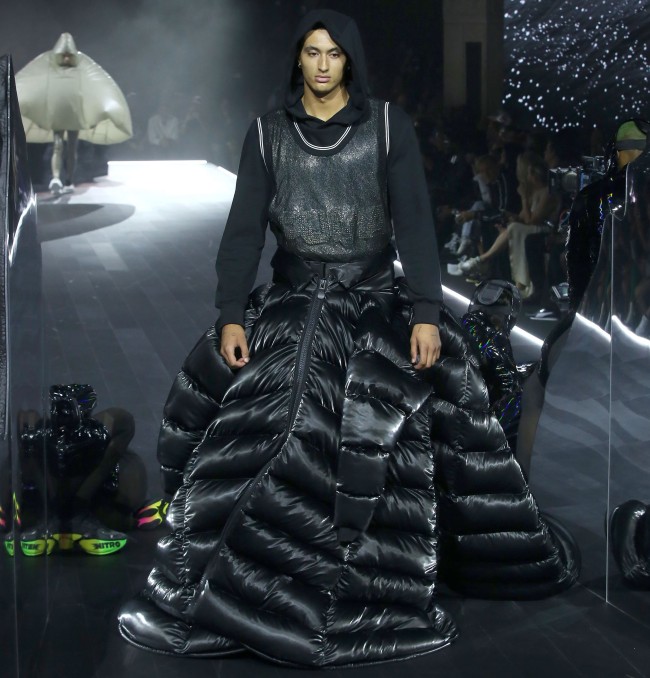 On Tuesday, Puma hosted its first show in five years at NYC’s biannual gathering of fashion brands and tapped a number of athletes—including Usain Bolt, Skylar Diggins-Smith, and RJ Barrett—to showcase some of its newest duds during the “Futrograde” event.

Kuzma also got the chance to show off his modeling skills in an all-black outfit that revolved around its most attention-grabbing piece of apparel: a skirt seemingly constructed from puffy coats that were used in a Bad Boy Records video in 1994.

Kuzma had to know he was going to rile up some fans with that jawn—including some who compared the look to Darth Maul and Ursula’s aesthetic in The Little Mermaid.

Others had a slightly more critical take.

Uh…wearing Hefty trash bags as a long skirt is a fashion now?

He better than me, if someone offers me to wear that im leaving without thinking😭😭

However, it’s likely he couldn’t care less about what most people have to think.

Kyle Kuzma previously addressed people who troll him over his ‘fits

I got the chance to chat with Kuzma over the summer during a conversation where he acknowledged many basketball fans aren’t as immersed in the world of fashion as he is, and he has this to say when asked about his philosophy:

I remember one time Draymond Green told me, “I like style. I don’t like fashion.” That’s fair.

Fashion is different. It’s about the silhouette of what somebody wears. Fashion is really about trends, which makes it a lot different. My platform is sports fans and basketball fans. I’m not saying they’re small-minded, but a lot of them aren’t really in tune with fashion and trends because it has its own type of world.

I understand there are certain things that I will wear that people are going to talk about and say things like “What in the world is he wearing?” or “Why is he wearing that? It’s hideous.” But there are other people in the world who say “Yo, that’s beautiful” or “That’s super cool.”

At least he got people talking.