Kyler Murray’s Agent Releases Lengthy Statement Of What He Wants From The Cardinals, Everyone Responds With Memes 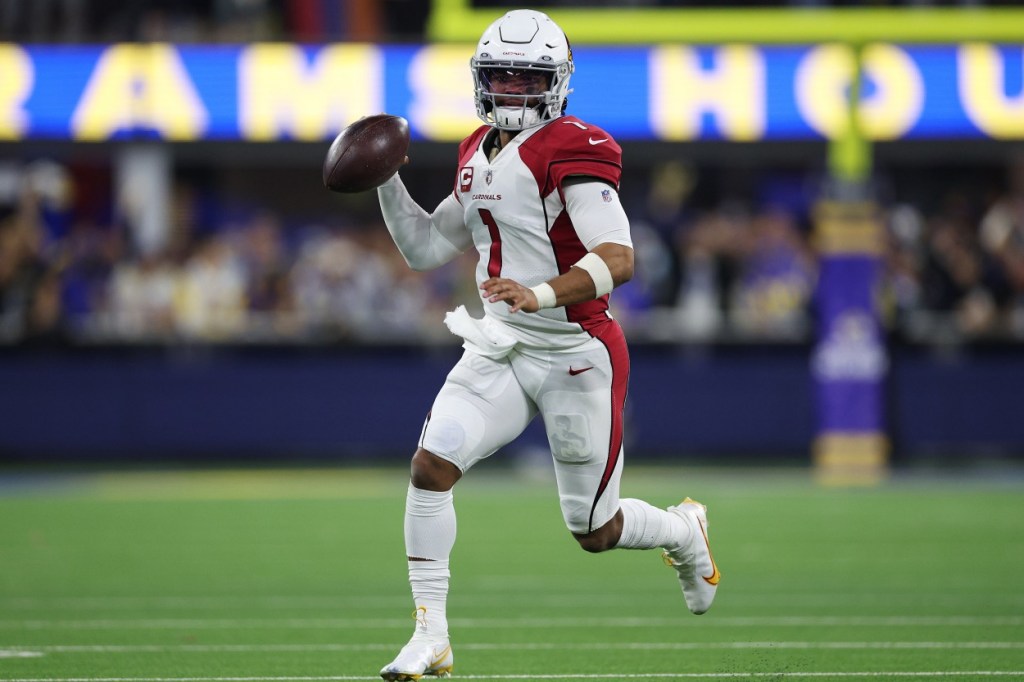 The drama between Kyler Murray and the Arizona Cardinals has been unfolding for weeks. It began after Kyler’s pitiful playoffs performance against the Rams when Murray then removed all Arizona Cardinals references from his social media.

The Cardinals responded by removing everything but two pictures of Kyler from their Instagram but things were still clearly in a weird place between the player and team. Then the Cards called the situation ‘nonsense’ followed by reports that Kyler Murray refused to come back in the game during the Cardinals’ playoffs loss.

On Monday morning, Kyler’s agent Erik Burkhardt released a lengthy statement outlining what Murray wants from the Arizona Cardinals: a new contract. The statement lists his two important objectives as “(1) He absolutely wants to be your long term quarterback and (2) He desperately wants to win the Super Bowl.”

The agent’s statement says they sent a ‘detailed contract proposal’ to the team and they want improvements across the board. It reads “Actions speak much louder than words in this volatile business” and goes on to say “it is now simply up to the Cardinals to decide if they prioritize their rapidly improving, 24-year-old, already 2x Pro Bowl QB, who led the organization from 3 wins before his arrival to 11-wins and their first playoff appearance in 5 years.” Here’s the statement in full

Are you having trouble reading that? You’re not alone. Pretty much every one of those ‘Arizona Cardinals fans the statement was directed towards and every other NFL fan made jokes and shared memes about how the statement is unreadable.

how many people will read all that?

translation: Kyler Murray wants to get paid, a lot.

No one’s reading all that.

Oh Im sorry, I didn't know I needed my bifocals this morning

Cardinals waking up to this: pic.twitter.com/Y9ZvMmUUbf

It sure looks like Kyler Murray is going to get PAID. If the Arizona Cardinals don’t up his contract someone else will.