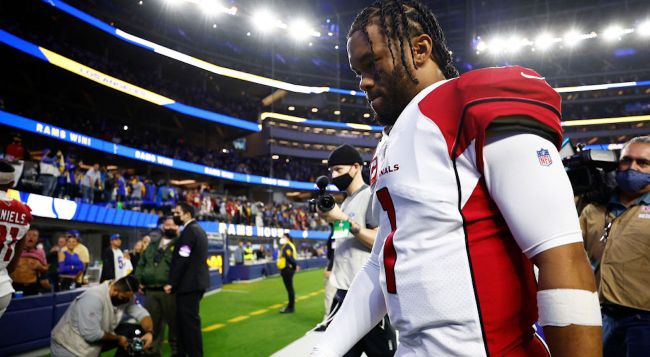 The drama between the Arizona Cardinals and quarterback Kyler Murray continues to unfold as the third-year signal-caller has recently taken to social media to address the recent “nonsense.”

While it’s unclear exactly what Murray is referring to, there has been some passive aggressiveness between he and the team in recent weeks: just days after Murray scrubbed references to the franchise from his social media, the Cards returned the favor by deleting everything but two photos of Murray from their Instagram.

“I play this game for the love of it, my teammates, everyone who has helped me get to this position that believed in me and to win championships,” Murray posted on Instagram and Twitter. “All of this nonsense is not what I’m about, never has been, never will be. Anyone who has ever stepped between those lines with me knows how hard I go. Love me or hate me but I’m going to grow and get better.”

Given that there’s no clarity on why the relationship between the player and the organization is deteriorating, the NFL world seems to be pretty split on who’s at fault here:

Kyler Murray thinks he’s being scapegoated but no one even remembers the Cardinals were in the playoffs.

Deandre Ayton and Kyler Murray are an interesting case study on how guys in similar situations handle themselves in vastly different ways.

The Kyler Murray discourse has already reached an insufferable level and the Super Bowl was… yesterday?

Yeah, it’s going to be a long offseason.

I personally would not do this trade on the grounds that Russell Wilson is good and Kyler Murray is bad https://t.co/SWXZcKWNgo

Kyler Murray. 3 years in the league. 2 of them on an above average squad. Wants out.

Matt Stafford. 12 years on one the most mismanaged franchises the league has seen. Gave that city his all no matter what.

During the 2021 season — his third as the Cardinals’quarterback after they drafted the former Heisman Trophy winner with the #1 overall pick in the 2019 NFL Draft — Murray completed 333 of 481 passes for 3,787 yards, 24 touchdowns, and ten interceptions. He also rushed 88 times for 423 yards (both career-lows) and five touchdowns.

Murray’s poorest performance of the year also came at the worst time as he completed just 19 of 34 passes for 137 yards, two interceptions, and no touchdowns.