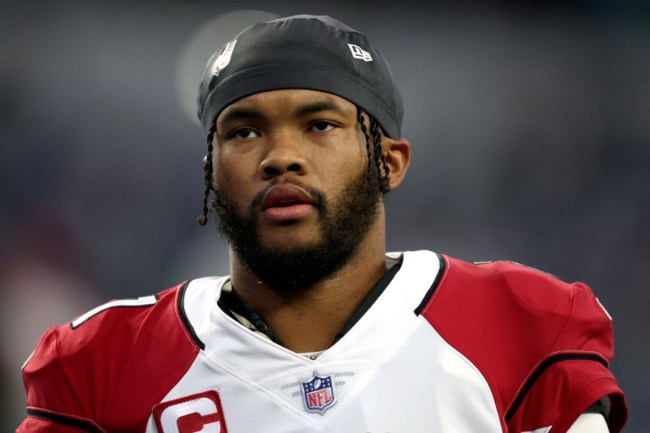 The offseason drama between the Arizona Cardinals and quarterback Kyle Murray continues to roll on, and the latest report is extremely telling.

According to Sports Illustrated’s Albert Breer, Murray has a certain timeline in mind as to when he wants his new contract to be resolved. If Arizona doesn’t put a new contract on the table prior to the 2022 NFL Draft, Murray could put something of his own on the table, a trade request out of Arizona.

Breer explained that Murray and his camp aren’t looking to drag the saga out into the summer. While a formal trade request hasn’t been made yet, it is “on the table” if negotiations don’t go to Murray’s liking.

This report is on par for how things have gone between Murray and the Cardinals this offseason.

The Dramatic Timeline Between Kyler Murray And The Cardinals

Just a few days later, the Cardinals made a move of their own on social media. They deleted all but two photos on their Instagram page, with the only two left being pictures of Murray.

Murray later addressed the “nonsense” going on in the social media world, but shortly thereafter released a letter through his agent demanding more money.

The former Oklahoma star is clearly looking out for himself and wants the biggest payday imaginable. He is signed through the 2022 season but has made it abundantly clear that he wants a lucrative extension well before the 2022 season kicks off.