Let this be a lesson to you youngsters out there: keep your head on a swivel until the clock reads 0:00, even if the ball is 110 yards away. Atlanta Blaze goaltender Adam Ghitelman likely got a talkin’ to after squashing his team’s momentum going into the fourth quarter by prematurely packing it in with 5 seconds left in the third and letting a shot from Denver Outlaws goalie Jack Kelly whiz by his head and into the goal for two points. Denver ended up winning, 24-12.

Certainly a tough look for the University of Virginia grad, National Champion, and two-time All American. 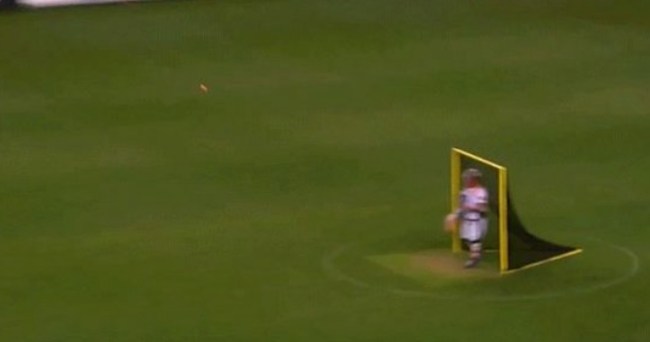