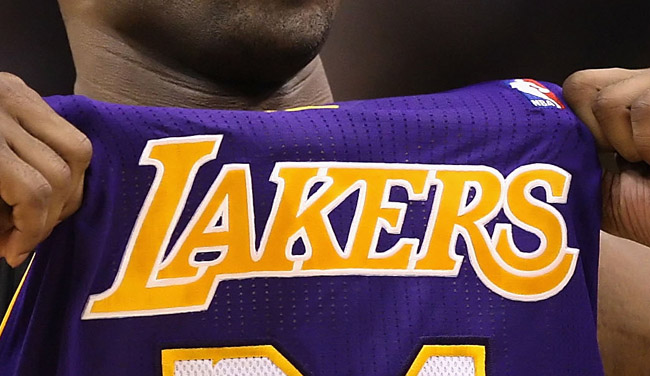 LeBron James still has a few days before he has to officially opt out of his extension with the Cavaliers, and unless literally every single person who gets paid to cover basketball for a living is wrong, the only time he’ll be playing in Cleveland next year is when his new team rolls into town. According to Vegas, the Lakers are currently the favorites to sign The King when he becomes a free agent, but he isn’t the only player the team is reportedly interested in.

The NBA’s free agency period doesn’t officially start until the beginning of July, but for fans, the recruitment process started a long time ago. A Pennsylvania-based company has been using billboards and airplanes towing banners to lure LeBron, and one Lakers fan has done something similar after renting out 40 billboards around Los Angeles— but he isn’t using them to court the superstar.

According to Vegas (in addition to Chris Paul), the Lakers are currently the favorites to land LeBron, but LA-based lawyer Jacob Emrani has his eyes set on another player: Paul George.

Over 40 billboards all over town recruiting @Yg_Trece to the #Lakers !! pic.twitter.com/w9ZlcbCEGZ

According to ESPN, the billboards feature a variety of pitches directed at George in an attempt to bring the Lakers one step closer to forming a superteam that could also feature Kawhi Leonard on the roster. Emrani explained why he decided to channel Jason Segel in I, Love You Man, saying:

“As Lakers fans, we all thought we had Paul George in the bag, and he was 100 percent going to come and in the past few weeks when I heard people saying he might be considering [staying with the Thunder] and having second thoughts, I felt like nobody was really giving attention to Paul George. I feel like it is extremely important for Paul George to see this and see how Lakers Nation is so excited about bringing him home.”

Emrani commissioned six different billboards, half of which are targeted solely at George (the other ones urge LeBron to join him). When you consider the Lakers have been the favorite to land George for a while now, this seems a bit unnecessary, but who am I to tell people with too much money how they should spend it.