The Los Angeles Lakers Are Now Heavy Favorites To Land LeBron James, According To Vegas 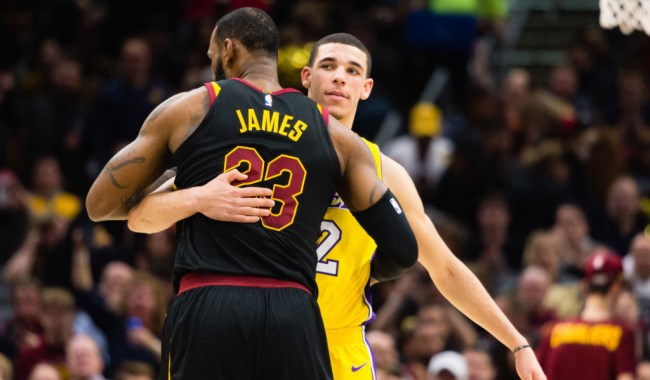 Nobody knows for sure where LeBron James will be playing next year. The list of potential landing spots include teams such as the Lakers, Warriors, Sixers, Heat, Spurs, Blazers, Clippers, and Rockets. Oh yeah, the Cavaliers also still in the mix. We think.

This week the rumor mill has been rolling along as hot as ever when it comes to LeBron with one report saying he will never play for the Clippers, while another claimed LeBron doesn’t really like Houston as a city.

However, if you ask those who handicap such things, the sportsbooks, (and LaVar Ball – more on him in a moment) the Los Angeles Lakers are now the heavy favorites to land the four-time NBA Most Valuable Player.

The Action Network reported these odds out of Vegas on Tuesday…

These odds are significantly different than what we saw a little over a month ago.

If I were a betting man, and I am, the Lakers and Sixers would also be at the top of my list for where LeBron James ends up next season.

For one, back in December James purchased a SECOND mansion in L.A. (a place he calls “home”). The first one he bought in 2015 cost him $21 million, while this latest humble abode ran him another $23 million.

Of course, none of that matters because we only need to ask what LaVar Ball thinks about LeBron’s eventual destination.

Oh yeah, he also told Undisputed that his son Lonzo would make LeBron a better player.

“You can’t give Lonzo the best player in the game and don’t expect them to win because he’s going to make LeBron better,” boasted Ball.

Especially if his buddies Paul George and Russell Westbrook can also find their way out west.