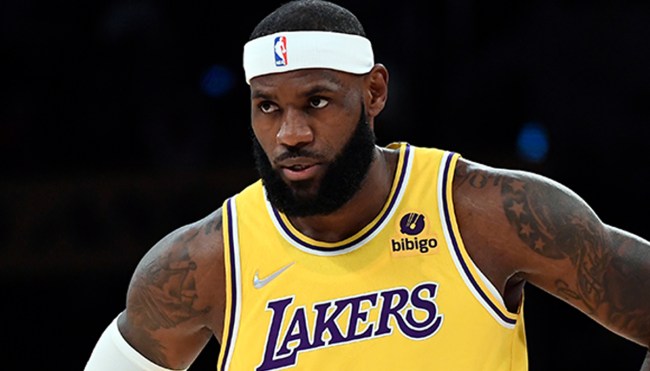 You don’t need to be a diehard sports fan to know that star athletes have traditionally been on the receiving end of some preferential treatment in many areas of life, and it comes as no surprise that the teams that rely on their skills to thrive go out of their way to keep premiere players happy.

The Lakers have openly catered to LeBron James since he took his talents to Los Angeles in 2018, and while he did help the franchise return to glory by leading them to a championship in 2020, it’s safe to say his tenure in Los Angeles has left plenty to be desired.

The Lakers are currently sitting in the 10th spot in the Western Conference courtesy of the 31-43 record they’ve posted over the course of a fairly brutal season. Russell Westbrook has been painted as the primary scapegoat for the team’s struggles, but James hasn’t been immune from the criticism that’s been lobbed his way as the Lakers hold out hope they’ll be able to clinch a spot in the play-in tournament and potentially turn things around in the playoffs.

However, it would appear James and Westbrook still have one major ally in their corner in the form of the Lakers’ social media team, as NBA podcaster Kenny Beecham highlighted a wild trend following the team’s loss to the Pelicans on Sunday.

After another fan pointed out James has been suspiciously absent from the graphics the Lakers post on Twitter after a loss, Beecham did some digging and discovered neither he nor Westbrook has been used in any of the pictures uploaded in the wake of the 43 defeats this season (Malik Monk, on the other hand, has earned that dubious honor on 10 different occasions).

The Lakers social media team got some explaining to do 😂 pic.twitter.com/sB5pNxXAFW

Beecham also noted the social media team has been more than happy to give the team’s stars the glory when they do manage to come away with a victory, as James has been used in 10 of the winning graphics while Westbrook has made an appearance nine times.