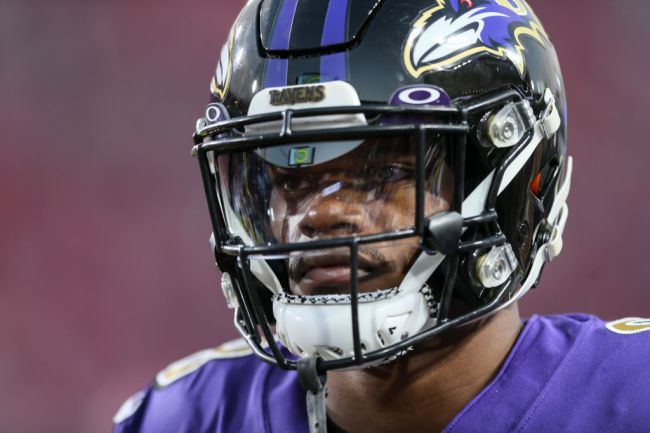 Patrick Mahomes and the Chiefs flexed their muscles on Lamar Jackson and the Ravens on Monday night leaving Baltimore with a 34-20 win to move to 3-0 on the year. With it now being common to see Mahomes throw for 350+ yards and 4+ touchdowns in a game as he did on Monday night, his stellar performance isn’t the main talking point here. Instead, it’s his team’s defense and how it completely shut down Jackson.

Kansas City dared Jackson to throw the football on Monday night and when he did, it didn’t work out too well. He completed just 15 of 28 passes for 97 yards and one touchdown. Jackson averaged over nine yards per rushing attempt en route to 83 rushing yards, but the Chiefs’ defensive scheme worked flawlessly against Baltimore’s offense.

Jackson is now 0-3 all-time against Kansas City, and you better believe that record is in the back of his mind. After the loss on Monday night, Jackson came out and said that the Chiefs are the Ravens’ ‘kryptonite’ and that their defensive plan mirrored the Titans’, who held the Ravens to just 12 points during last year’s playoffs.

Lamar Jackson admits the Chiefs are the Ravens "kryptonite." Said they pretty much had same defensive game plan as the Titans did in the playoff game.

Saying the Chiefs, one of only a few teams in Baltimore’s way to a Super Bowl, are your kryptonite is questionable, to say the least. Everyone can see that the Chiefs cause problems for the Ravens, Jackson admitting that their essentially unbeatable isn’t a good look.

Jackson isn’t a player that lacks confidence, but with this statement, it’s clear that Kansas City is very much in his head. We could very well see these two teams meet up again in the playoffs this year and we’ll get a chance to see if Jackson has figured out this Chiefs defense or not.