Lamar Jackson Sets Record Straight About His Social Media, But It Raises More Questions Than Answers 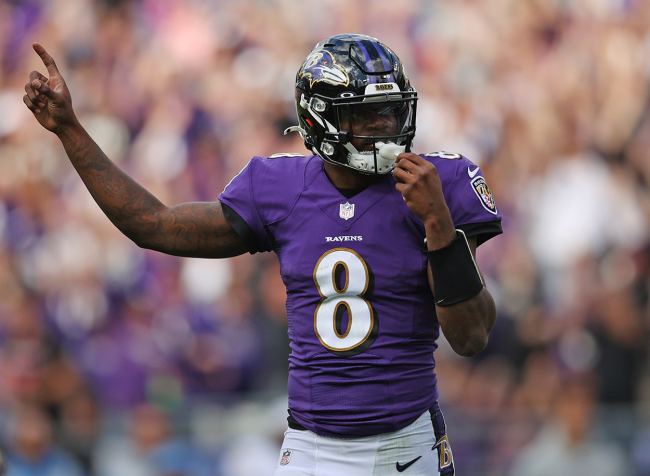 Lamar Jackson is entering the fifth year of his rookie contract this fall. He will either reach an extension with the Ravens or he will test the waters in free agency during this upcoming offseason.

Both parties would prefer the latter and have made that very clear. Upon arrival at minicamp, Jackson was very direct about his his future with the organization. Meanwhile, the team would like to get a deal done to keep their franchise quarterback in Baltimore, but head coach John Harbaugh explained the complications of the contract situation back in April.

There is a lot of work to be done on both sides. But it appears as though they will come to an agreement before Jackson would be allowed to seek opportunities elsewhere.

Ideally, the Ravens and Jackson could get a deal done prior to training camp. However, veterans are set to report on July 26th and that is coming up quickly.

Over the weekend, Jackson appeared to make his contract demands very clear.

He changed his profile picture on Instagram to a famous scene from ‘How High’ that is about needing money.

However, Jackson is now claiming that he did not make the change in regard to his extension. He first posted a gif from ‘How High’ on Twitter and coupled it with a cryptic caption.

Since everybody can read my mind🤣 pic.twitter.com/QEIqOvZuax

Jackson is claiming that his ‘I Need $’ profile photos have nothing to do with his contract negotiations with the Ravens. He would never do that, he says.

What else could a quarterback who is in the middle of seeking a new contract changing his profile photos to ‘I Need $’ possibly mean other than wanting to get paid?

It doesn’t really make any sense. And if the profile picture swap truly was not about his negotiations with Baltimore, then Jackson should have clarified such.

If he really didn’t know that making a change to ‘I Need $’ would cause speculation and assumptions, then that’s on him. It is literally the first thing that everybody thought when they saw the picture change.

Jackson says it’s not about his extension. Sure, okay. Then what else could it possibly be about?