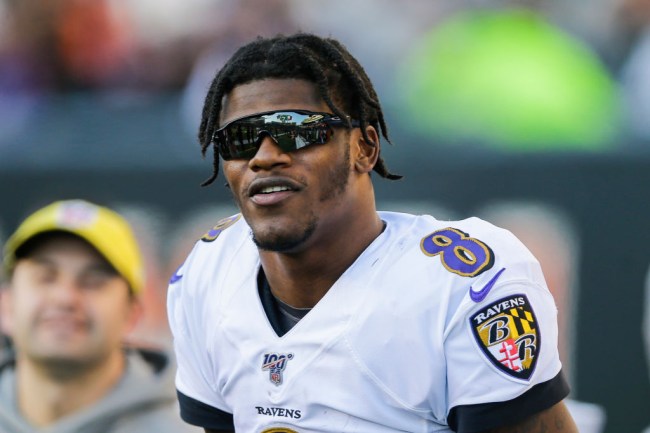 In 2016, Lamar Jackson got the recognition he deserved following a stellar sophomore season when he became the youngest person to ever win the Heisman Trophy and followed up that campaign with another one that was impressive enough to make him a finalist for the award yet again.

Despite the many accolades he received during his time in college, he was met with a fair amount of skepticism when he declared for the 2018 NFL Draft and there were a number of people who argued he should abandon the quarterback position and try his luck as a running back or a wide receiver.

Jackson was not having any of that nonsense and opted to skip some drills at the combine—including the 40-yard dash—in order to force teams to focus on his skills as a passer as opposed to his general athleticism.

Every single franchise with a first-round pick declined to pick up Jackson except for the Ravens, who scooped him up with the 32nd selection and, well, it’s safe to say they made a pretty solid call.

There’s little doubt Jackson will walk away with MVP honors thanks to a year that saw him break Michael Vick’s single-season rushing record, and while he’s said he’s more concerned with winning a Super Bowl, that goal also seems to be well in reach.

Jackson may be the star of the Ravens offense but he’s only been able to do what he has thanks to the players surrounding him, and earlier this week, he gave props to his offensive linemen for continually saving his ass by handing out Rolexes as a Christmas gift.

It was a pretty cool gesture—especially when you consider he’s “only” making around $1 million this year—but there was one woman who was NOT happy about the gift and celebrated Festivus a few days late by airing her grievances in a letter to The Baltimore Sun.

If you need any proof that people named Karen are the worst, I present you with Exhibit A:

The holiday season was in full swing, with high hopes for the Ravens, when I read that Lamar Jackson gifted Rolexes to his offensive line. So disappointing that in an age where professional athletes are making an insane amount of money he couldn’t have donated to charities — and done it in the name of his offensive line — then treated his teammates to dinner.

Those players can all afford their own Rolexes, so it is very discouraging that someone didn’t give him a little guidance. It just flaunts the amount of money they make and don’t know what to do with. Sorry, Lamar, I am not such a big fan now.

I don’t disagree with the notion that guys who make millions of dollars to play a sport should make an effort to better the lives of people in need which is why I admire guys like Lamar Jackson, who helped raise almost $30,000 for charity last year, dressed up as Harry Potter at a fundraiser to fight bullying, and holds an annual event where kids get the chance to play with him.

I’m sure Lamar is crushed to no longer have Karen as a fan.