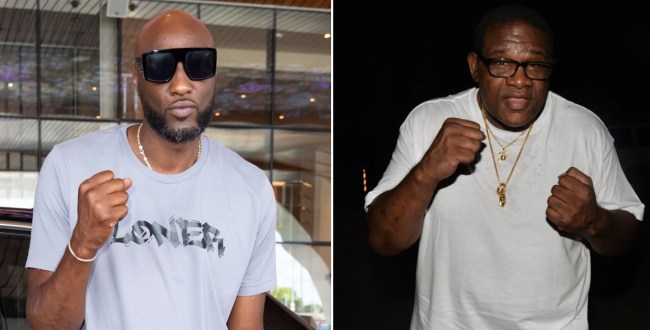 Celebrity boxing is here to stay and the matchups are getting more bizarre by the day.

Months after beating down Aaron Carter, Lamar Odom is now preparing to take on 53-year-old former heavyweight champion Riddick Bowe in a celebrity boxing fight set to take place in Miami on October 2 that will air exclusively on FITE TV.

The fight is set to go down October 2 on Fite.TV … from the James L. Knight arena in Miami.

The legendary, 43-1-1 former undisputed heavyweight champ — who once beat Evander Holyfield — hasn’t fought in over a decade … winning his last pro bout in 2008.

The co-main event on the Odom-Bowe fight features former 2-weight class boxing champ Paulie Malignaggi taking on social media star Corey B months after the two got into a heated confrontation during Odom’s last fight.