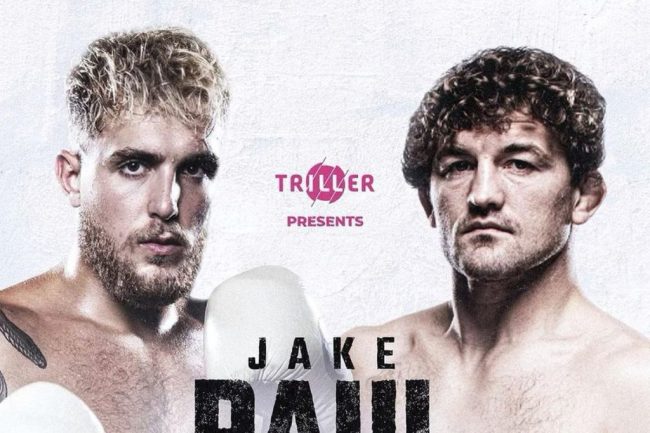 That said, it’s going to be one epic fight night, so grab your crew and buy the Triller Fight Club PPV via FITE.tv, with ring walks expected to start around 10:30 PM ET/7:30 PM PT.

– This is just a boxing match!

– If you’re not familiar, Ben Askren is a 36-year-old former Bellator and UFC fighter. Read our tribute to him after he retired from the UFC in 2019.

– Jake Paul favored to win the fight, with CBS Sports currently having his odds to win at -165 to Askren at +140. BetMGM is currently running a bet with Askren to win by KO, TKO, Decision, or DQ at +450.

– 2018 NL MVP Christian Yelich appears to be rooting for Jake Paul to get whooped by the former UFC star.

– Earlier this week Jake Paul said his brain scans show “early signs of CTE” from his boxing career. The YouTuber is only 24-years-old.

– Triller has a ton of money on the line for the Jake Paul vs Ben Askren live stream, banking on making that back from PPVs. Paul will reportedly make a guaranteed $690,000 for his third career fight and Askren $500,000, according to reports. Both will presumably also earn portions of the PPV as well.

No, there is not a free live stream for tonight’s Jake Paul vs Ben Askren fight.

The only place to watch tonight’s Jake Paul vs Ben Askren live stream is behind a paywall, on FITE.tv as a $50 PPV. You can download the FITE.tv app on your smart TV or mobile and desktop streaming device of choice. Even though the fight is being produced and presented by the Triller app, you don’t need it to watch.

If you’re looking for a free Jake Paul vs Ben Askren stream, here’s an idea to offset the cost of the PPV: Make it a fight night with friends and have everyone chip in. Boom, problem solved!

Have fun and enjoy tonight’s fights!