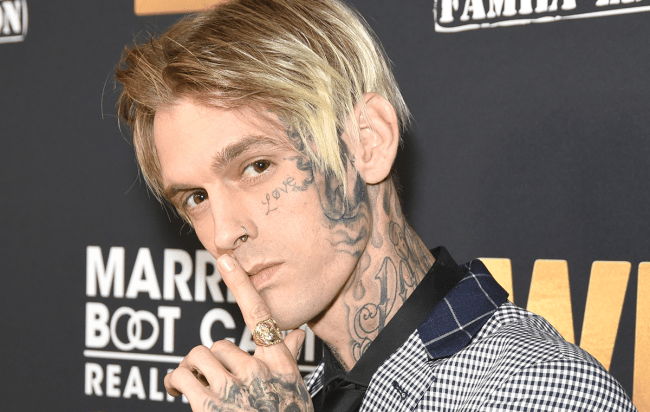 Last year, Jake Paul and Nate Robinson agreed to face off against each other in the boxing ring at the same event where a 54-year-old Mike Tyson made his grand return to the sport during an exhibition bout with Roy Jones Jr. During any other year, that would’ve been a particularly baffling development, but based on everything that had transpired over the course of 2020 by the time the showdown was announced, it somehow just sort of felt right.

I still don’t know how one of the most reviled people on the internet ended up boxing a former NBA player who didn’t let his 5’9″ frame stop him from winning the dunk contest three times, but I do know I’m very glad it ended up happening based on the amount of enjoyment I got out of the brutal knockout we were treated to as a result.

Last month, anyone who was eagerly awaiting another celebrity boxing match featuring a washed-up basketball player fighting an obnoxious blonde dude with an incredibly punchable face got some fantastic news when Lamar Odom and Aaron Carter revealed they’ll be going toe-to-toe in Atlantic City for a fight currently scheduled for June 12th.

Why? I can only assume Aaron Carter’s OnlyFans account hasn’t been the cash cow he was probably hoping it would be, as I can’t think of any other reason he would willingly step into the ring with a former professional athlete who has a solid ten inches on him.

My only fans is only 3 dollars……the lowest its ever been! COME see me on there now!….. https://t.co/HYFEoRxXke

When the news initially broke, I struggled to find any evidence that would suggest the fight isn’t the mismatch that it appears to be when you look at the tale of the tape, and now, I’m convinced it might be even more lopsided than it seems based after watching Carter showcase his, um, skills in a video he posted on Instagram where he gave the world a closer look at his training regimen.

Carter still has around three months to continue honing his craft, and while I’m certainly no expert, he’s probably going to want to use every single second he can doing exactly that unless this entire spectacle is just an unnecessarily elaborate way for someone to cash in on the life insurance policy that could be triggered by the time his bout with Odom comes to an end.