Lance Armstrong Is Still Angry With ‘Piece Of Sh-t’ Floyd Landis, His Former Teammate Who Filed A Lawsuit Against Him 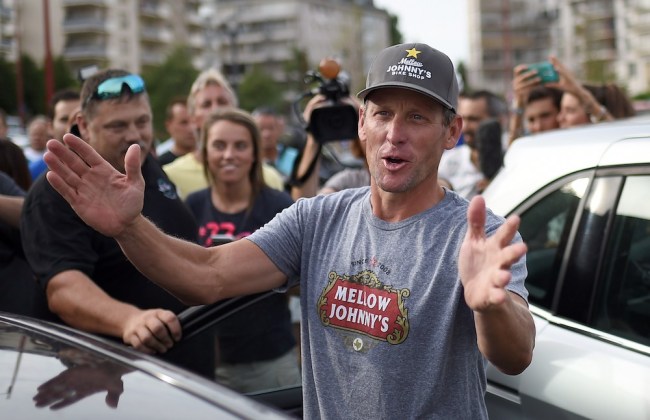 ESPN’s 30 for 30 documentary ‘Lance’ has given us an interesting look into Lance Armstrong’s life. From coming up as a triathlon wonder kid turning into cycling phenom, battling cancer, and, of course, the doping scandal, the doc showed us a lot of interesting behind the scenes into Armstrong’s world.

One of the many eye-opening moments of the documentary came when Floyd Landis’ name was mentioned. Armstrong came out and said that “it could be worse, I could be Floyd Landis, waking up a piece of shit every day.”

After that statement, Armstrong was asked if that’s what he really thinks in which responded: “that’s what I know, I don’t think it, I know it.”

Armstrong certainly has grounds to be angry with Landis. It doesn’t take away from the fact that Armstrong was doping throughout his career, but it’s understandable why Landis isn’t his best friend these days.

Landis was found guilty of doping in 2007 before accusing Armstrong of doing the same in 2010 which started the collapse of his career as a seven-time Tour de France winner. Landis ultimately decided to file a whistleblower lawsuit against Armstrong in which they ultimately settled with Armstrong reportedly owing over $6.5 million to Landis and the government.

Again, it’s easy to see why Armstrong feels so strongly against Landis, but this is seemingly just one (pricey) piece of the puzzle that was Armstrong’s scandal.