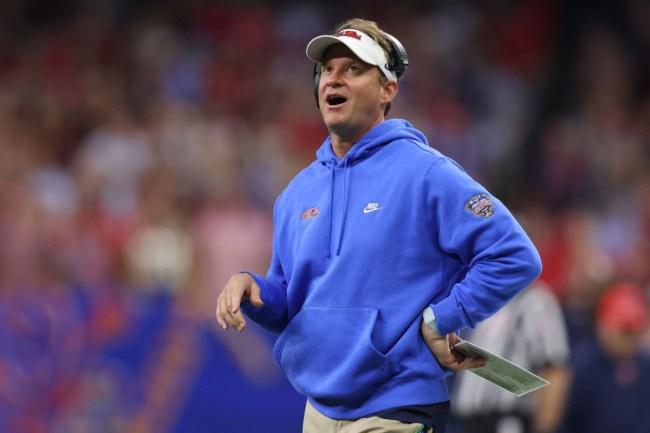 It did not take long for Lane Kiffin to troll everyone on Twitter about the Saints head coaching job in light of the Sean Payton retirement news.

In fact, it took the Ole Miss head coach just 40 minutes to fire off a tweet to mess with people’s minds.

Ian Rapaport shared the news of Payton informing the Saints that he’s stepping away at 1:47 PM EST. Kiffin shared a tweet of him on a private jet heading to New Orleans at 2:27 PM EST. They don’t teach these Twitter skills, it’s yet another example of why Kiffin is the GOAT when it comes to social media among coaches.

The photo of him on the private jet wasn’t enough though. Kiffin decided to share another picture less than 15 minutes later of a ‘Who Dat Nation’ poster hanging up in some random window.

The Ole Miss head coach does have good reason to be in the New Orleans area. This week marks the last of the contact period in which coaches can go visit high school recruits. It’s a safe bet that Kiffin is in New Orleans meeting with Arch Manning, the top recruit of the 2023 class and a name atop practically every team’s wish list.