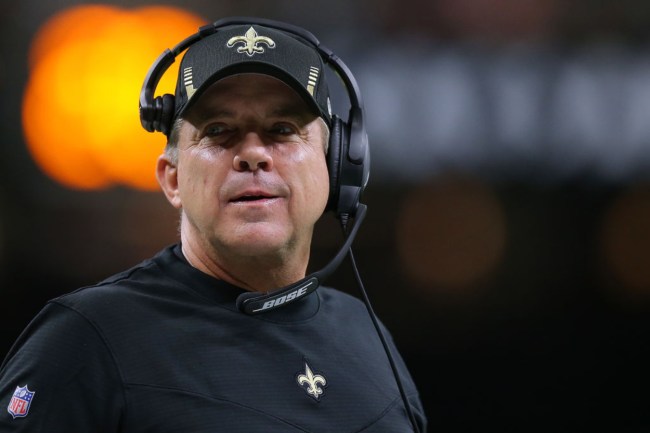 Over the past few days, things have felt a bit off when it comes to Sean Payton and the New Orleans Saints.

Over the weekend Ian Rapaport reported that Payton had “gone dark” and had yet to commit to returning as the Saints’ head coach next season. Then, on Monday, Saints owner Gayle Benson explained that she didn’t even know if Payton would be returning to the sidelines in New Orleans.

Given the report and Benson’s comments, rumors quickly began to grow that perhaps Payton was going to hang up his headset.

It turns out that those rumors are true. According to Rapaport, Payton informed the Saints on Tuesday that he’s “stepping away.”

Sources: Sean Payton has informed the #Saints that he’s stepping away.

The phrase “stepping away” is an interesting one, given that it’s not as clear-cut as “retiring.” However, Nick Underhill of New Orleans Football is reporting that Payton is in fact retiring.

Sean Payton is retiring, per source

Earlier this month, with the Saints still battling for a playoff spot, it was reported that TV networks were trying their best to poach Payton away from the game and into the booth.

The 58-year-old could certainly come out of retirement later down the line, but if this is the end of his coaching stint he has one Super Bowl ring and 2006 Coach of the Year honors atop his resume.

Here’s a look at some of the reactions on Twitter to the news:

He made his last runs with Drew and has more money than he could ever spend.

This is as good a time as any for Payton to drift away so the franchise can go through the hard reset that they’ve been putting off for half a decade. https://t.co/w4fJW3teIi

One year without Drew Brees was too much https://t.co/V0ahCmlLXC