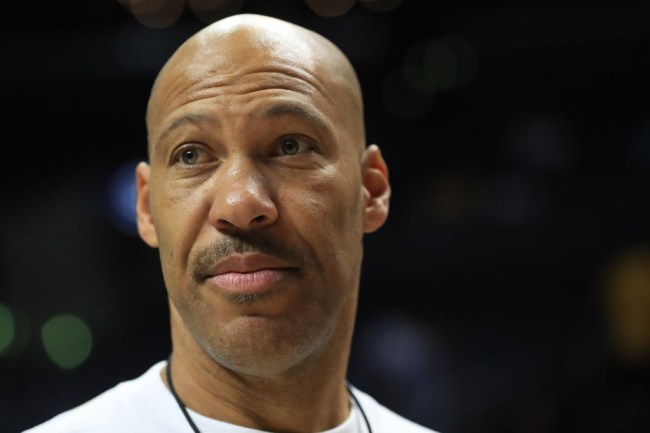 You never know what’s going to happen when LaVar Ball opens his mouth but you can be all but sure it’s going to be some shit that makes Simon Hankey seem like a genius (that’s a deep cut for all of the South Park fans out there).

Ball has repeatedly bounced a number of verbal checks that he’s written while attempting to make a name for himself and his sons and has found himself embroiled in a fair amount of drama in the process.

Take, for example, the time he claimed he would’ve made Michael Jordan cry in his prime before the legend put him in his place. We also can’t forget his decision to fire a shot at LeBron James’ sons, which resulted in a brutal rebuke from the superstar.

However, I don’t know if any of those feuds measure up to the one between Ball and Charles Barkley, who have been beefing since Ball burst onto the scene a couple of years ago.

Barkley fired his first shot at Ball in the wake of his Jordan comments and challenged the patriarch to a game of one-on-one before saying he’d be actively rooting against UCLA because of him (I assume he didn’t shed a tear when LiAngelo was kicked off the team).

However, Chuck was just getting started.

Barkley has also said Ball is a bad father for exploiting his kids, and a few months ago, he called him a “jackass” while celebrating the demise of Big Baller Brand. He recently doubled down after Ball got lit up for the questionable comment he made while speaking with Molly Qerim and dubbed him a village idiot, which apparently did not sit too well with Ball.

According to Total Pro Sports, LaVar decided it was time to fire back over the weekend, and as you’ll soon see, he did not mince words.

In the video, Ball suggested Barkley had an absentee father—saying “he wishes I was his father”—before asserting his belief that Chuck is slipping into senility.

There’s not enough popcorn in the world to get me ready for Barkley’s response.