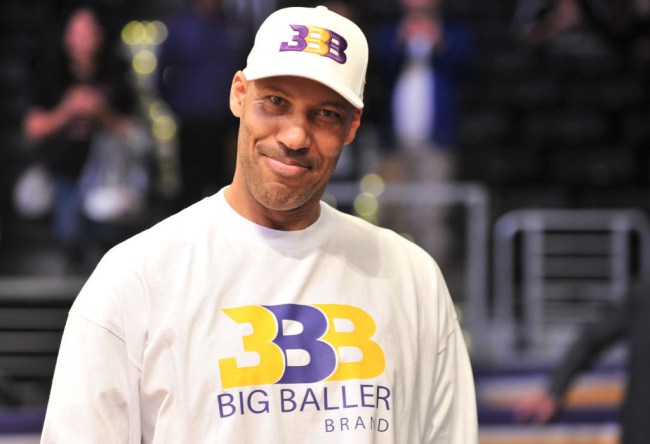 In the past couple of months, an eerie silence has hovered over the NBA after LaVar Ball seemingly went into exile and managed to go longer than ever without ruffling feathers with some outlandish claim.

Bill Simmons said Ball had quieted down because someone was paying him to stay out of the headlines while another Bill said he was simply afraid of the wrath of LeBron James, who is decidedly not a fan of the most Basketball Dad in the history of Basketball Dads.

However, things changed earlier this week when Ball emerged from the cave that is his giant house to link up with Kanye West, sparking rumors there could be a Big Baller Brand collaboration in the works

Now, Lavar has come back in a big, big way thanks to an interview with a German outlet in which he ripped into the Lakers for not making the objectively terrible decision to draft LiAngelo:

You can’t keep no teams together on the fact that they all chasing that money and they want their own. My boys are just worried about championships. The last time they were together? They went undefeated. I put Melo over here with Gelo and they killing them. They can’t beat them. Add Lonzo to the mix. Unbeata-Ball.”

I imagine it’s only a matter of time until BBB starts selling “Unbeata-Ball” t-shirts for $120 a pop.