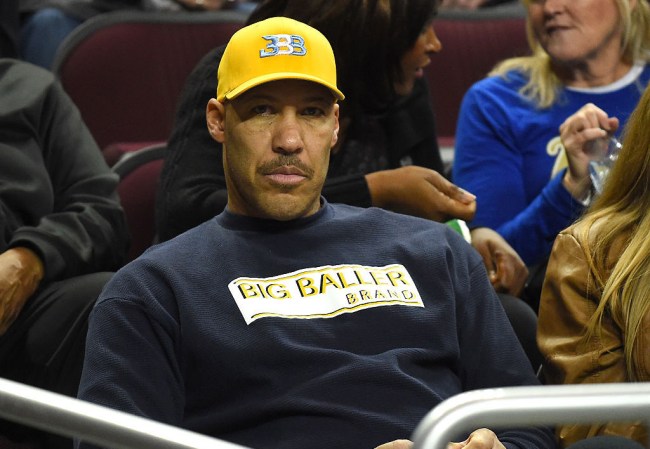 I wasn’t expecting to make a reference to The Sound of Music when I woke up this morning but I feel like the basketball world is currently trying to answer the same question the nuns in that movie did: How do you solve a problem like LaVar Ball?

The Big Baller has been a constant source of absurdity thanks to his ability to never go more than seven seconds without stirring up some sort of controversy— unless it comes to keeping quiet when things aren’t exactly going his way.

Last year, Ball made a totally sane and grounded statement saying he would have come out on top in a one-on-one game against Michael Jordan if they’d faced off back in the day— but footage from his playing days suggested otherwise.

Ball recently decided to stir things up again when he proclaimed he could have also topped LeBron back in his prime because LaVar Ball lives in a different reality than everyone else in the world.

Unfortunately for Ball, we now live in a world where basically everything is documented— including a recent game of one-on-one in a driveway that shows he’s either a little bit rusty or (more likely) the player we thought he was all along.

According to For The Win, this footage was shot by Darren Moore, who manages Lonzo Ball. I’m not sure who LaVar is facing off against but I think it’s fairly safe to say Ball wouldn’t stand a chance against Jordan if they faced off today.

I haven’t seen someone travel like that since I read Around the World in 80 Days (that’s a second reference I did not expect to make today).

With that said, based on some of the other videos I’ve seen, Ball has more than enough talent to hack it in the JBA.