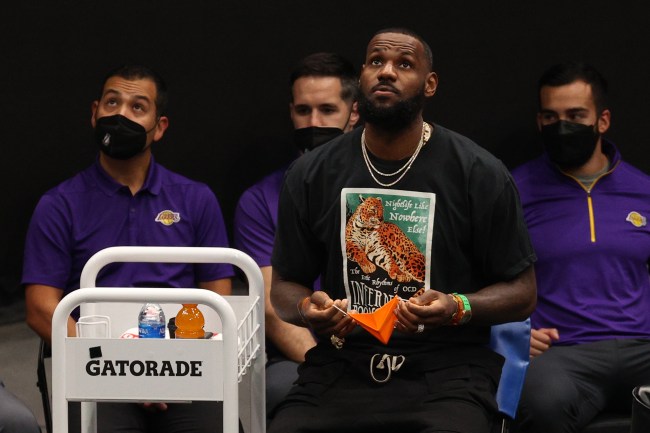 I’d be upset too if I dropped my stimmy check to catch LeBron James’ only game in D.C. this season, only to have him bow out yet again from an ankle sprain he suffered five weeks ago.

LeBron witnessed his Lakers drop four of five contests last night as the surging Wizards (won 9 of last 10) pulled out a 116-107 win.

During a break in the action, Mr. James, who was minding his damn business, was met with a bellowing accusation from a Wiz fan that he is a big fat baby. James responded with what can best be described as a cartoonish baby cry in mezzo soprano.

I haven’t seen disrespect this egregious since, well, Dr. J like 48 hours ago.

Somewhere in a tanning booth on Sunset Boulevard, Courtside Karen gives a strained, botox-filled smile. Others are living out her mission.

Good morning to absolutely everybody EXCEPT Courtside Karen 😂 @KingJames pic.twitter.com/P70O7uFsjt