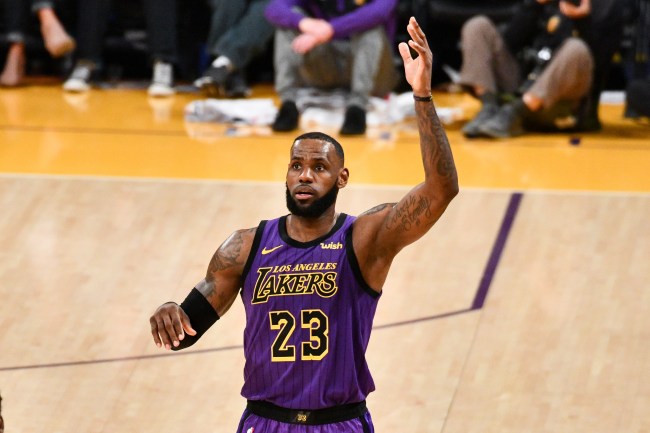 LeBron James did everything he could to deliver at least one championship to the city of Cleveland and, more specifically, the Cleveland Cavs during his second stint with the team from 2014 until this past offseason. As a diehard Cavs fan, I can tell you that The King gave me the greatest four years as a fan I’ve ever had, and it’s not even close.

Even from the moment James returned to Cleveland in 2014, though, there were always questions about friction between the superstar and the owner of the Cavs, Dan Gilbert, who famously wrote that scathing letter in comic sans on the day LeBron James left the Cavs franchise for Miami in 2010. While the two men may have mended fences enough to survive one another for the past four seasons, it’s clear that there was no love lost between them, with Gilbert constantly using his ego to think he could win a title without James.

How bad was the trust between LeBron and Gilbert? Well, according to a recent piece in The Athletic, it reared its ugly head in the summer of 2017 after the Cavs had just lost the NBA Finals and All-Star guard Kyrie Irving demanded a trade. Here’s how the story goes, in LeBron James’ words, per The Athletic piece, which states James was signing jerseys in Santa Monica at the time he received the news of the Irving trade.

James was adamant on the call — do not trade Irving, especially to the Celtics. By the end of the call, according to four separate accounts of people present for the conversation, Altman told James the trade would not occur.

James’ close friend, Randy Mims, and bodyguard Rob Brown came to him with their phones to show him the news. James, who was still signing jerseys, dropped the pen and slumped in his chair. …

James suggested he didn’t feel he was lied to by Altman, so much as Altman was overruled by owner Dan Gilbert.

So, there you have it, guys, LeBron James was basically overruled by Dan Gilbert because… well, let’s just say it was probably personal.

Gilbert, who has deep pockets and believes he went above and beyond the necessary means by paying into the luxury tax to compete for a title with James, is also delusional if he thinks he’s going to get lucky enough to have a transcendent star like LeBron on the Cavs again. His stubbornness got the best of him and, per The Athletic, James said that this moment was the, “beginning of the end for everything.” Way to go, Dan, hope you enjoy rebuilding for the next five years.