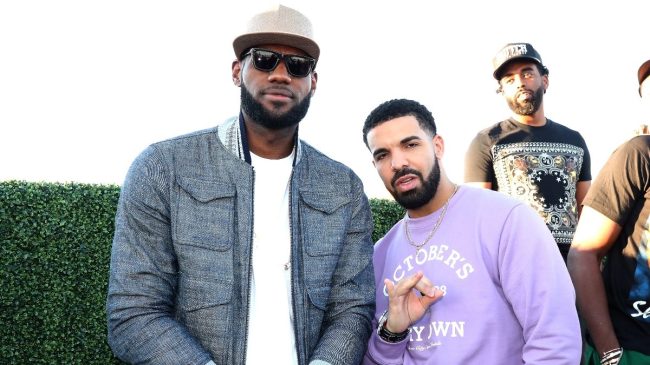 One of the benefits of LeBron James moving to Los Angeles granted him more access to Hollywood. He’s been very involved in the film industry the last few years as he’s either starred in or produced films. Now, he and Drake are releasing a new sports documentary called Black Ice. However, they’re facing a $10 million lawsuit from former NBPA Chief Billy Hunter over it.

According to Front Office Sports, Hunter claims he “owns the rights to Black Ice.” The book turned sports documentary, “details the segregated Colored Hockey League that began play in Nova Scotia in 1895 through its final season in 1930.” Apparently, the former NBPA Chief doesn’t want to halt the distribution of the film, but rather, receive his share of the profits.

LeBron James and Drake are not the only ones involved in the lawsuit, though, they are the biggest names attached to the project. Regardless, Billy Hunter is seeking an absurd amount of money. Especially considering George and Darril Fosty, the brothers who wrote the book, only received $260,000 for James and company to obtain the rights to make the documentary.

Hunter might have a legitimate case, per Front Office Sports. “[Billy] Hunter paid $10,000 for the two-year rights, and in October 2020 Virmani and Moore sought to buy out Hunter.” Additionally, he extended those rights through March 2022. The former NBPA Chief “then exercised another option under the original agreement and paid $250,000 to ‘own the exclusive, worldwide rights to any audiovisual adaptations’ of the book.” If that’s the case, then LeBron James and Drake could be forking over $10 million.

We’ll see how it plays out, as nothing is finalized as of yet. The former NBPA Chief seems to have a strong case but we’ll see if it holds up. At the very least, we’re just glad Black Ice is being produced and can’t wait to watch the film once it’s released worldwide.