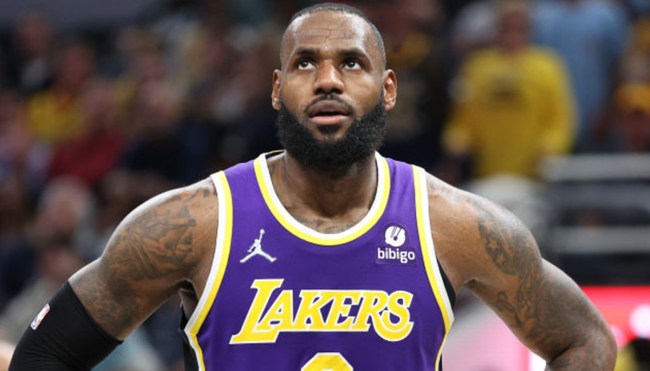 It was an appropriately underwhelming way for James to cap off one of the most underwhelming seasons of his otherwise legendary career, and you kind of have to imagine he’s slightly relieved to be put out of the misery the franchise was forced to grapple with for the vast majority of the year.

After the news broke, James hopped on Twitter to acknowledge the development while briefly reflecting on the season before saying he “gave everything” he had when he was healthy enough to take to the hardwood.

I appreciate it and love y’all love! Wish it was done in winning fashion though! Gave everything I had to this season when I was on the floor! See y’all again in the fall. #Year20 #SFG🚀 #KingMe👑 https://t.co/KBOoHBktjg

However, there’s just one slight problem with that statement—to paraphrase Maury Povich: everyone with eyes determined that was a lie!

Now, before I continue, I should make it clear that I’m far from a LeBron Hater; the fact that he’s still able to perform at such a high level and routinely pull off absurd athletic feats most people could never even dream of as he prepares to gear up for his 20th season in the NBA is why he’ll always be remembered as one of the best players of all time.

With that said, the claim that he “gave everything” this season is a patently absurd claim based on a number of different instances where James basically just decided to give up when he was on the floor.

“gave everything I had”*