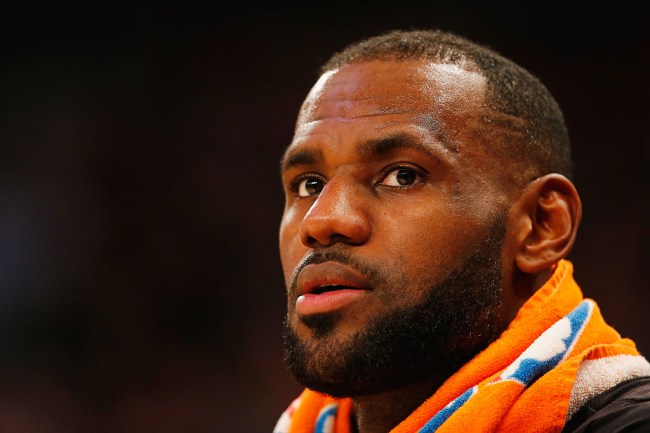 If you have a brain and you pay attention to sports, you’re probably aware that the New York Knicks aren’t exactly the embodiment of success. I’d say they’ve been the most poorly managed team in the NBA over the past couple of decades and you could even argue they have the most inept front office across all of the major leagues.

No one captures the pain that comes with being a Knicks fan quite like Stephen A. Smith, who is infamous for his hilarious rants and heated takes inspired by the constant stream of misery they provide him with.

Now, a new report has emerged to give him yet another massive dose of sadness.

There aren’t many teams who would’ve turned down the opportunity to sign LeBron James when he became a free agent in 2010 and there’s no doubt he would have given the Knicks a shot in the arm they desperately needed, as he’s a generational talent and considered by many to be the greatest of all time (but that’s an argument for another day).

As we all know, James would eventually sign with the Miami Heat, where he formed a deadly trio with Dwayne Wade and Chris Bosh before going on to win back-to-back championships in 2012 and 2013. However, history could’ve looked very, very different if it wasn’t for the fact that the Knicks are incapable of not shooting themselves in the foot whenever they’re presented with a golden opportunity.

According to Bleacher Report, Bill Simmons recently revealed James wanted to take his talents to New York after his first stint in Cleveland came to an end before things fell apart in spectacular fashion, saying, “It was basically the Knicks’ to lose and they just couldn’t stay out of their own way. The stories are legendary,” said Simmons.

James scheduled a meeting with the team, and while they pulled out as many stops as they could during the presentation, they couldn’t cancel out the fact that owner James Dolan was one of the people in attendance.  According to Simmons, he neglected to actually put together any sort of plan concerning how he’d build a team capable of achieving a level of success the Knicks hadn’t even come close to sniffing in recent years and LeBron immediately began to explore other options as a result:

“Dolan was Dolan. they didn’t have anything prepared. It just couldn’t have gone worse by all accounts. It was a disaster. I think at that point, combined with the decade the Knicks just had, I think those guys were just like, ‘Fuck it.'”

Sorry to pour salt in the wound, Knicks fans, but yikes.