Larry Sanders Details The Tension Between LeBron James, Kyrie Irving During Their Time In Cleveland 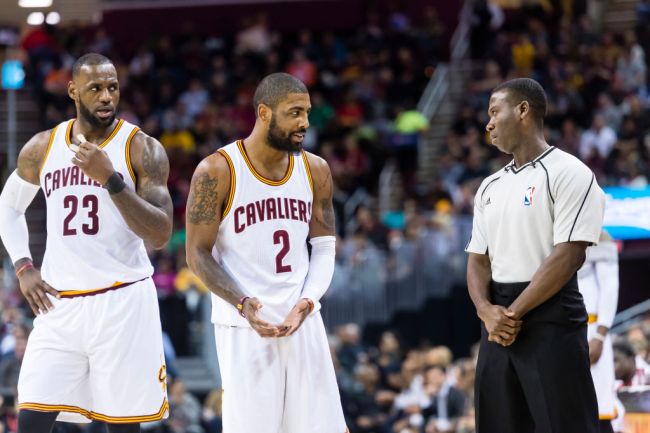 When LeBron James decided to return to the Cavaliers after his successful run with the Miami Heat, all was right in Cleveland, or so it seemed. While the Cavs did make the NBA Finals every season between 2014-18 and won the franchise’s first title in 2016, things were far from perfect inside that Cavs’ locker room, according to Larry Sanders.

Sanders had a brief stint with that impressive Cavs team and recently spoke about the tension and issues between Kyrie Irving, James, and other players on that roster.

“The team had so many issues. There were a lot of internal issues, Sanders told Forbes. “We didn’t know if LeBron and Kyrie Irving were leaving. They had the scuffle on the bench between LeBron and Tristan Thompson. There was a lot of stuff going on internally. I remember being in the midst of it and I’m like the seventh, eighth or ninth project they have. I don’t think they knew what to do with anybody.”

Sanders’ comments shouldn’t come as a surprise to any NBA fan, it was blatantly obvious that James, Irving, Kevin Love, Tristan Thompson, and others didn’t exactly see eye-to-eye on a very consistent basis. The clashing of the minds and egos eventually came to a head with Irving and James ultimately bolting from Cleveland.

Irving threatened to sit out the entire 2019 season if the Cavs wouldn’t trade him before he was ultimately dealt to Boston which was followed by James moving out West to join the Lakers.

The rest is now history with LeBron winning a title with the Lakers last season and Irving now a member of the super team in Brooklyn.