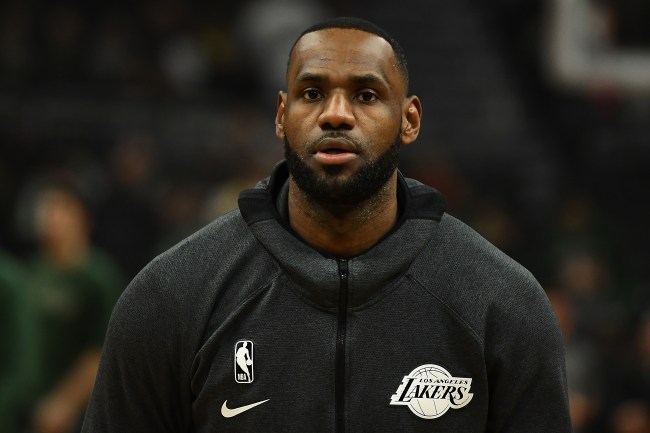 After the Lakers-Clippers Christmas day game, LeBron said he had aggravated his groin injury after trying to take a charge in the first quarter.

Lakers’ LeBron James: “I felt healthy going into the game. The second or third defensive possession, I got kneed in the groin taking a charge from Pat Beverley. That kind of sent me back to where I was five days ago.” pic.twitter.com/KHWoCjyMZQ

According to ESPN’s Dave McMenamin, LeBron has been dealing with several nagging injuries the past few weeks.

James told ESPN the contact with Beverley caused the groin area to “flare up.” James’ play clearly suffered from there. Ten of his 15 misses were on 3-pointers — the most 3s he has ever missed in a game in his 17-year career — and he attempted just four foul shots, as his drives to the lane were limited.

James was coming off both the groin discomfort and a thoracic muscle strain — a pull in the rib cage area — which caused him to miss a game for the first time season. The Lakers lost that game 128-104 at home to the Denver Nuggets on Sunday.

Several members of the Lakers organization are now reportedly urging LeBron to take some time off so that he can fully heal from his injuries.

Even though the Lakers are now riding a season-worst, four-game losing streak, several members of the organization already have approached James about the urgency to sit out and rehab his groin injury until he feels fully recovered, sources told ESPN.

The Lakers have a back-to-back set coming up — at the Portland Trail Blazers on Saturday, followed by the Dallas Mavericks at home on Sunday. James, who has repeatedly rejected the notion of load management already this season, is listed as day-to-day by the team.

LeBron has gone on record to say that he will not “load manage” this season and hasn’t decided if he will sit out in the team’s upcoming games this week.